You are Here: Home » News » News Headlines » Renewed call for sky lanterns ban after suggestion they be released to show support for NHS 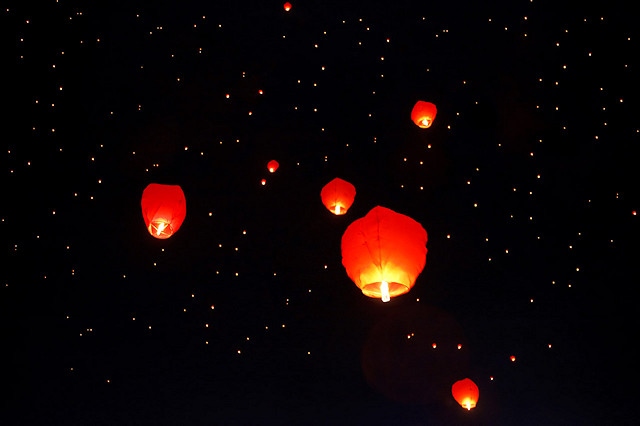 The Country Land and Business Association (CLA) is calling for sky lanterns to be banned after it was suggested that sky lanterns should be released every Sunday to show support for the NHS.

The call is in line with Defra, the Wildlife Trust and the National Fire Chiefs Council who warned about the dangers of lighting the paper hot-air balloons which can cause wildfires and kill or injure wildlife and livestock.

Sky lanterns are paper-covered wire or bamboo which are powered by a flame inside. They can frighten and kill birds, if they get tangled up in the wire or string attachments. There is also a choking hazard if wildlife sees the material as food.

Campaigns Manager at the Wildlife Trust, Alan Wright said: “Our staff and members will be on the doorsteps every Thursday clapping and banging tins in support of the courageous and outstanding job being done by our NHS workers and other care staff.

“However, we would encourage people not to use sky lanterns because of the damage they can cause. We don’t want our support for the health workers meaning more work for other emergency workers like the fire service.”

As an alternative, he said: “It would be wonderful to ask people to make stationary, decorated lanterns that can be used on the street during the clapping in support of the NHS - photos could record their beautiful designs and could be displayed on our website and on TV.”

CLA Director North Dorothy Fairburn said: “Releasing a naked flame, with absolutely no control over where it will land, is a serious threat to rural businesses, livestock, wildlife and the environment.

“There is simply no responsible way to use them. They can kill animals, litter the countryside and start fires especially as the moorland is extremely dry at the moment which could spark another national emergency. These are all reasons why we’ve been campaigning for a number of years to get sky lanterns banned.

“We are all keen to celebrate the invaluable work of the NHS at this terrible time, but there are much better ways to show our support than releasing dangerous and damaging sky lanterns. What an extraordinary waste of money! This money can be directed towards those working very hard to tackle this crisis.”

The organisation has previously called for the lanterns to be banned, as has Rochdale Borough Council, which passed a motion in October 2018 to ban their sale.

Speaking in October 2019, Nicola Rogers, head of public protection at Rochdale Borough Council said: "We have done as much as we can and introduced a ban on the release and sale of lanterns at council events.

“Unfortunately, we do not have the power to ban the sale of a legal product."