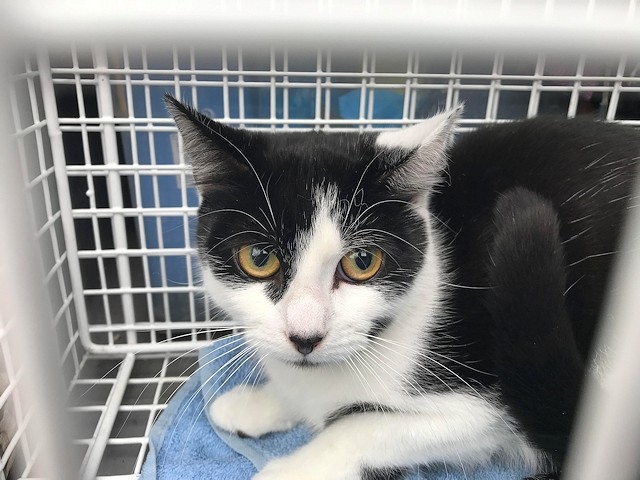 The RSPCA has rescued two abandoned cats who were dumped in a cat carrier next to the canal near Albert Royds Street, Rochdale.

The two female black and white cats were discovered inside a cat carrier with no food or water on Friday 3 April.

They were found by a member of the public who was walking along the canal for their daily exercise. They contacted the RSPCA and Inspector Sarah Bagley came to collect the cats.

She said: “These poor cats had been abandoned by the canal and were very lucky they were found by a kind passerby. They are both young cats and nice and healthy but extremely nervous and skittish.

“Although we understand that everyone is going through a challenging time at the moment, we would urge any pet owners struggling to cope with their pets to please seek help from friends and family rather than abandoning them.” 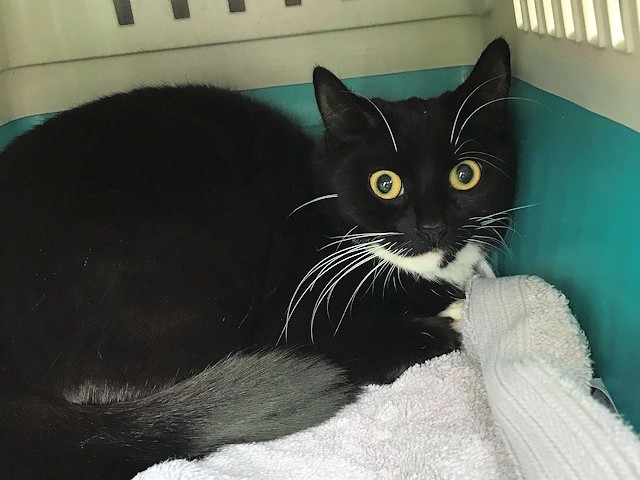 The two cats are now being cared for by the RSPCA Rochdale and District branch. Staff at the branch have named them Harbour and Haven. The cats are young adults, around 6-12 months old and they are still quite nervous but it’s hoped that with lots of patience they will begin to come out of their shell.

Since the crisis deepened at the beginning of March, the RSPCA animal cruelty line has received more than 60,000 calls and its frontline animal rescuers are still rescuing animals most in need.

If you are able to support the work of the Rochdale RSPCA branch during the Coronavirus crisis you can do so here: