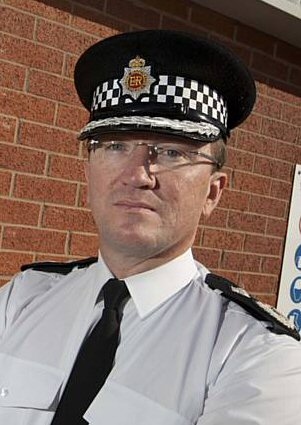 Only 38 people have been fined by police for breaking lockdown rules under new powers aimed to tackle the coronavirus outbreak.

Chief Constable Ian Hopkins said the police force has taken a “measured” approach by engaging with people before resorting to prosecution and fines.

He said: “The legislation has only been with us for a few weeks. We’ve not had the opportunity to train officers in the way we would usually train them. And I think we are doing pretty well. People are supportive of the measures"

Most of the individuals fined by Greater Manchester Police so far have had previous convictions – seven for knife crime, six for robbery and nine for drug-related offences.

A total of six of the 38 individuals fined by police are from outside of Greater Manchester.

Mr Hopkins revealed that officers have been told not to issue fines for breaking lockdown rules if another offence, such as possession of drugs, has been committed in the same incident.

The chief constable also explained why the figures released today do not include police dealing with private gatherings such as house parties.

He said: “The Coronavirus Act does not give a power of entry for policing so to be issuing fixed penalty notices for house parties is problematic.

Speaking at a press conference on Wednesday afternoon (15 April), Mr Hopkins said police are the most visible they have been on the streets of Greater Manchester for a decade.

He said that the force is continuing to target those committing the most harm, particularly organised crime.

But he described the coronavirus crisis as a “challenging situation” for both the public and the police.

He said: “There is no doubt that Easter was a real challenge because of the weather and we saw over 1,000 incidents reported to us over the bank holiday weekend.

But Mr Hopkins stressed the importance of maintaining the principle of “policing by consent”.

“So we will continue to press those measures going forward and ask people to act responsibly. But those that are flouting the rules repeatedly, we will have to deal with them through the law.”