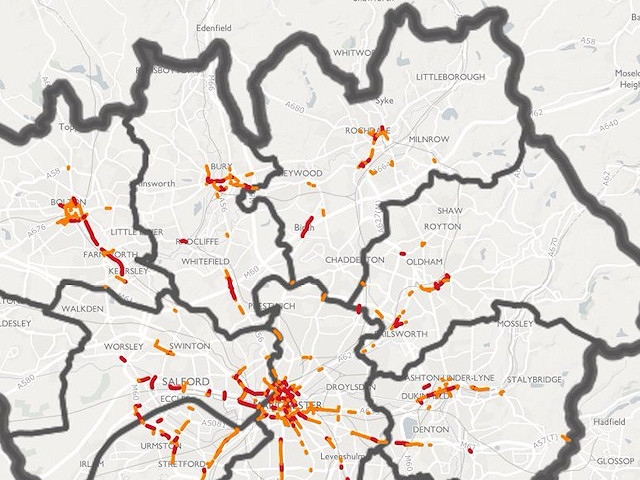 Plans to introduce a Clean Air Zone (CAZ) across Greater Manchester next year have been put on hold due to the coronavirus pandemic.

A public consultation on the long-delayed proposals, which would charge the most polluting vehicles using the region’s roads, was planned for summer 2021.

But the exercise has been postponed until the lockdown is lifted and the impact of COVID-19 on the local economy is better understood.

It is likely that the Clean Air Plan will look significantly different to the one proposed before the pandemic which sought £116m from the government.

This would pay for the CAZ and wider schemes aimed at encouraging drivers and public transport companies to make the switch to greener vehicles.

Councillor Andrew Western, lead for the Greater Manchester Green City-region, admitted that the groups most affected by the plan ‘may require different levels of financial support than anticipated’.

“We are mindful of the significant changes that could result from these exceptional times,” he said.

“Whilst the government has made a number of financial packages available to businesses and the self-employed in this extraordinary situation, our residents and businesses are rightly focused on ensuring that they and their families and employees stay safe.

“The transport sector has already been impacted by the pandemic, and government policies to limit it spreading.

“Greater Manchester will be focused on recovering from revenue losses, and further thought and consideration is needed to see how we can move forward with the Clean Air Plan requirements for cleaner business fleets, in a post-pandemic environment.

“Our commitment to cleaning up Greater Manchester’s air has not wavered but these are exceptional times that require us to work flexibly and be pragmatic about how we achieve our air quality targets in these unprecedented circumstances.”

The further delay has been welcomed by the Federation of Small Businesses (FSB), which said the consultation would be ‘one less thing for businesses to have to worry about next year’.

Robert Downes, FSB’s development manager in Greater Manchester, added: “To push ahead with a new costly business tax like this when the region and the country would have likely still been in the recovery phase after the devastation of corona, would have been economic madness.

“Current forecasts around pollution show as a region, air quality has been improving. With that set to continue it may be the case the existing proposals for a GM-wide CAZ may have to be substantially reworked.”

The government has contacted Transport for Greater Manchester (TfGM), which is coordinating the Clean AIr Plan on behalf of the 10 local authorities, to say it understands that the pandemic may affect previously agreed timelines.

Before the outbreak TfGM and the Department for Environment, Food and Rural Affairs (Defra) were at an impasse over funding for the plan.

Ministers were accused of failing to provide feedback to Greater Manchester leaders in a timely manner, resulting in original deadlines being missed.