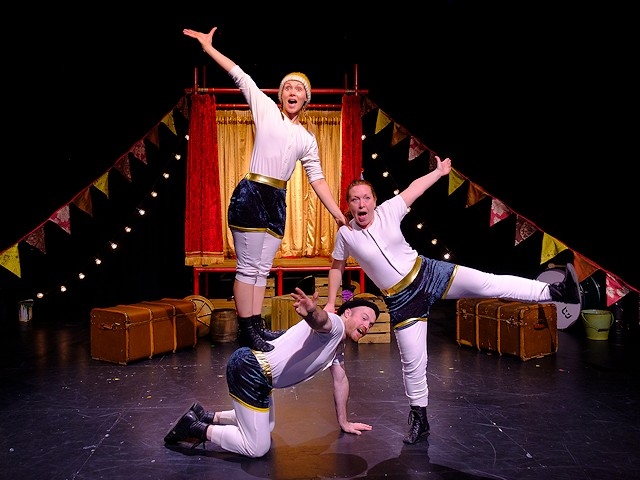 Written by Olivier award-winning Mike Kenny (The Railway Children), one of England’s leading writers specialising in theatre for young people, A Tiger’s Tale tells the unbelievable true story of a family of acrobats and their adopted tiger cub, Fenella.

This energetic show, directed by Gilly Baskeyfield, presents Fenella’s tale, from a circus train in South Africa, to a steamboat on the Atlantic Ocean and onward to West Yorkshire. Featuring original music by James Atherton (Around the World in 80 Days, UK Theatre Award winning The Snow Queen), a ramshackle travelling troupe perform a high spirited balancing act of circus, puppetry, live music and song.

A Tiger’s Tale was inspired by the book Tiger on a String by Kassie Overend. Fenella was given to the Overends, a family of circus entertainers, when they were touring South Africa in the 1930s. When WW2 broke out, they returned back to their small Yorkshire village with an additional family member. She lived Holmfirth from 1939 to 1950, near the local primary school, and was often spotted out and about with her owners.

A downloadable resource pack is also be available and can be used as an addition to home schooling or simply a fun way to spend the day. The show features optional subtitles.