You are Here: Home » News » News Headlines » New lockdown rules must not put workers at risk, say councillors and unions

New lockdown rules must not put workers at risk, say councillors and unions 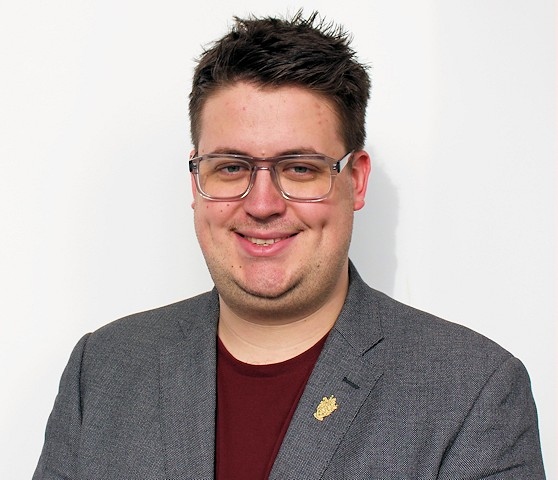 A number of leaders and councillors across Greater Manchester say that the government’s change in position will see employees going back to the workplace without clear guidance on how they should be kept safe.

Leaders say that it is Greater Manchester’s low paid workers who are most at risk by the changes.

Prime Minister Boris Johnson urged employees who can’t work from home to go back to their jobs – with the exception of those involved in the hospitality industry, non-essential retail and salons.

In a televised briefing on Sunday 10 May he singled out those in construction and manufacturing as being among those who should be ‘actively encouraged to go to work’.

Government guidance says workers should maintain a distance of at least two metres between individuals ‘wherever possible’ and ‘take all mitigating actions possible’ where it is not.

But in light of the Prime Minister’s address, councillors in Greater Manchester have raised fears that low-paid staff could be forced to return to unsafe workplaces for fear of losing their jobs.

Current rules do not state that the two-metre rule must be enforced on building sites, or in factories and distribution hubs – just that it should be observed ‘where possible’.

Other ways the government suggests the potential for the virus to be spread can be limited include working in small teams (aka ‘cohorting’) and limiting face-to-face time to 15 minutes – but again ‘if possible’.

Councillor John Blundell, Rochdale Council cabinet member for Regeneration, Business, Skills and Employment, claimed the move was ‘politically motivated’ – designed to appease Conservative voters who have lost out under the government’s grant schemes – and ‘nothing to do with protecting public health’.

JD Sports warehouse in Rochdale was last month accused of ‘putting workers lives at risk’ because of a lack of social distancing.

Following complaints the council inspected the premises and, while finding precautions and measures had been introduced, Councillor Blundell said he believed they ‘could go further’.

Councillors warned further inspections could take place if they continued to received complaints.

New ‘COVID-19 Secure’ guidelines have been issued by the government – aimed at ensuring ‘the risk of infection is as low as possible, while allowing as many people as possible to resume their livelihoods’.

But as things stand, Councillor Blundell says the council is virtually toothless when it comes to enforcement of social distancing.

“There are things in the Covid Act but there is a lack of guidance. Can you tell me or anybody else what the council is supposed to be inspecting when we go into a workplace?

“What criteria are we basing a decision on? This has to be done centrally. Every council in the country can’t take separate advice about what’s appropriate for controlling the Covid pandemic – this is pure political calculation.

“These are the people who ‘fell out of bed’, people who have just voted Tory and are going to deflect blame back on to councils – that way they can get off scot-free.

“And they are putting the public’s health in danger by doing so.”

However, he added: “Our public protection team will continue to ensure that businesses which shouldn’t be operating, such as food and drink establishments, remain closed, and that those which are able to operate are doing so in a safe and responsible manner.”

Councillor Allen Brett said it was vital that national guidance was put in place by companies to help ensure workers were protected from Covid-19.

He said employers had a key responsibility to assess risks and should urgently talk with their workforce and trade unions about the key safety arrangements they are putting in place.

The council leader also called on anyone not in a trade union to become a member and help to ensure their rights in the workplace are protected.

Councillor Brett said: “I want to see our borough open for business, but it is absolutely vital that employees are listened to and consulted with before they return to their place of work. The government’s publication of safety guidelines is a step forward, but it is a small step and we now need to go much further and faster.

“I also want to see all employers drawing up and publishing risk assessments in consultation with workers and the unions. It would provide vital reassurance, transparency and safety for employees."

Councillor Brett said that council staff who can work from home will, in the main, continue to do so.

He added that the council is working hard to assist companies and will be checking that important safety measures, like social distancing, are in place.

He added: “We all want to get the economy going again. I know that from speaking to the many excellent and responsible companies across the borough. To ensure this happens as quickly and as safely as possible the government must involve the unions, so we can ensure workers are protected on their return to work, in line with the safety guidelines.”

He added: “Joining a trade union is always a good idea in any workplace; it provides people with protection, help, advice and a vital safety net if any problems occur. The unions helped lobby for an extension of the furlough scheme and will help to ensure that protection of people comes first in any return to work.”

Jay McKenna, TUC North West Acting Regional Secretary, said: “Too many people will have watched the Prime Minister’s statement and been left with more questions than answers.

“Workers deserve certainty but there can be no going back to normal.

“We all want to come through this crisis, together and strong enough to recover from it. But the way that you do this, is working together to do it at the right time and with proper plans in place. This means having safe returns to work and plans for how work might look in the short and longer term.

“Trade unions have played an important role in getting us through this crisis to date, working with local leaders to keep services running and workers safe. As we enter the next phase, and look at how we return to work, workers must be heard to keep it safe and ensure there is no going back to what went before.

“It is important that the government gives more information so that we can have confidence it can work. Without this, it is a recipe for confusion and chaos.”

Councillor David Meller, Stockport Council cabinet member Economy and Regeneration said: “It is incumbent on employers to put the safety of workers first. I’m not trying to dictate what employers should be doing but workers should come first, I don’t want them feeling pressured to go back to environments that could be unsafe.”

However, he acknowledged that while the council could ‘put pressure on employers’, there was currently very little they could do to enforce social distancing in the workplace.

“We can put some pressure on businesses to ensure they do follow social distancing but in terms of legal powers it’s very very tricky for us,” he said.

Trafford council leader, Andrew Western, told the Local Democracy Reporting Service: “When this started I was uncomfortable but I understood the fact that many low-paid workers in key roles were most at risk – such as care workers or retail assistants – while white-collar were able to work from home.

“But now you’re telling manufacturing and construction workers to go back to work – non-essential workers that are normally more associated with working-class communities.

“It just gives a strong impression of a class divide in the government’s approach.” He added that poorer workers might also put themselves at further risk by having to take public transport if they don’t own a car.

Many leaders have also hit out at what they see as a lack of clarity in the government’s message.

Council leader Western said: “We’ve gone from having a fairly robust instruction of stay at home to stay alert – that doesn’t mean anything. And it causes all manner of confusion.”

And others said they were unhappy with the way that the message was announced.

He said: “Local Authorities heard the news on the new rules at the same time as the rest of the nation, during the Prime Minister’s address. In the national address the Prime Minister unfortunately raised issues and concerns which provided more questions than answers – constraining our ability to respond effectively.

“When all is said and done the communication of changes to advice and guidance from government to councils has been an absolute shambles. It is communication by press release and press briefings and it is not good enough when councils across the country are tasked with safeguarding our residents and the most vulnerable in our communities.”