You are Here: Home » News » News Headlines » KYP aims to give food parcels to over 750 people by Eid 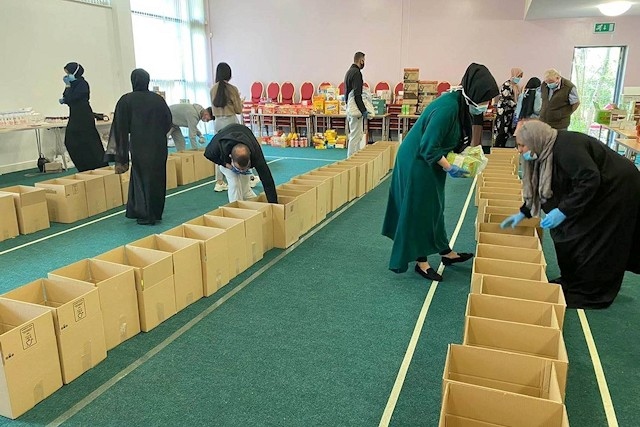 The Kashmiri Youth Project is aiming to have distributed food parcels to over 750 people by Eid-ul-Fitr this weekend.

Since the start of the pandemic, the Kashmiri Youth Project (KYP) has been supporting individuals understand and follow government guidelines; responding to queries; listening to people; providing virtual assistance; signposting to the Council’s Emergency Response Centres; signposting and referring  to other help available through voluntary and community organisations as appropriate.

Based on Belfield Road, KYP began collecting food and supplies to distribute to self-isolating individuals, those physically unable to go out, people known to the organisation who were struggling, and anyone who needed help.

Accompanied by volunteer groups and charities like Empowering Minds, Aspire to Inspire Communities and Human Appeal) local businesses, activists, volunteers and residents, KYP aimed to originally reach 350 household, focusing on those with specific dietary requirements. To date, the group has distributed over 250 food parcels, and has prepared and packed a further 275 for delivery this week. 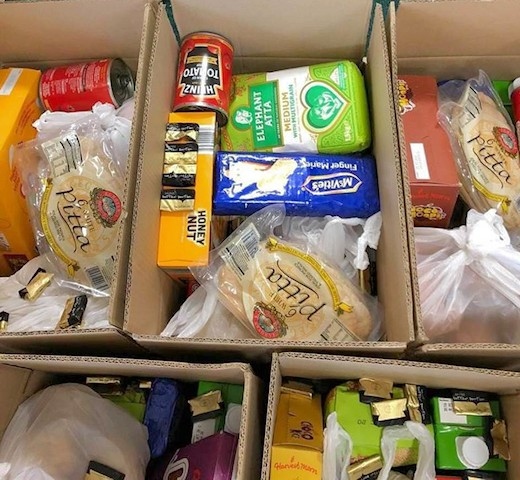 KYP has supported members of the BAME communities (Black, Asian, Minority Ethnic) as well as local care homes, elderly or vulnerable people across the Rochdale borough, including Middleton, Heywood, Kirkholt and as far afield as Bacup.

KYP CEO Khadija Tily said: “We were overwhelmed with the generosity of people, and we were inundated with the response.

The CEO continued: “As we approach the end of Ramadan, we aim to not only distribute food but also some toys for children to bring a bit of joy to those commemorating the end of the holy month in a rather alien manner.

“Ramadan and Eid is traditionally a time for family and community, a time for giving and sharing with others, a time for being at one with our neighbours and strangers; we hope that through our efforts that we can spread a bit of joy and celebrate the occasion albeit in a different and safe manner.”

Ramadan is the ninth month of the Islamic calendar and is observed worldwide by Muslims as a month for fasting. It is believed to be the month when the Holy Qur’an was revealed and honours the values at the heart of Islam, such as compassion and service to others.

The end of Ramadan is marked by the holy festival Eid-ul-Fitr, which means “Festival of breaking the fast.”

Eid is expected to begin this weekend.

Donations of non-perishable food and toiletries are being accepted by KYP between 2pm - 5pm on Mondays and Fridays from Friday 29 May.

Alternatively, you can donate via GoFundMe at: