You are Here: Home » News » News Headlines » Gary Aspden is raising money for the NHS with two virtual cycling challenges - dressed as a Roman centurion 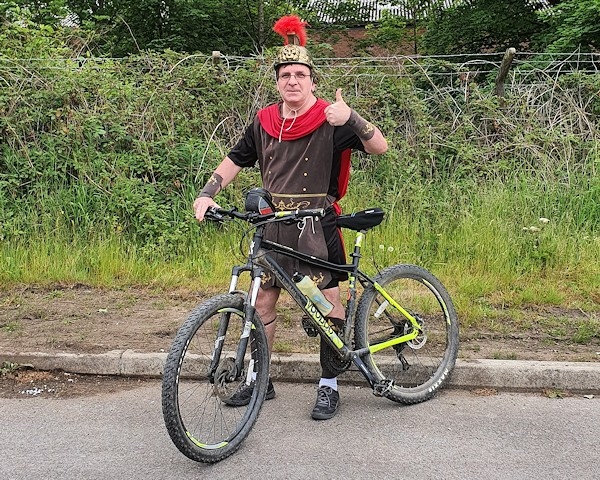 The challenges are hosted by The Conqueror, and track participants’ miles using the Virtual Mission app, sending you postcards along your chosen route. It also links with Google Maps to see exactly where you are up to on the virtual race.

Gary’s first challenge, a 90-mile cycle of Hadrian’s Wall, saw him cycle the equivalent distance of the famous wall around Rochdale between 10 May and 17 May.

He said: “I am not the type of person to sit back and do nothing when people need help. In my spare time, I have been helping deliver food parcels to vulnerable people in fancy dress to help put a smile on the people’s faces who have been stuck in isolation.”

Over the years, Gary, 44, who works in accounts and IT, has raised money for charities with marathons, triathlons, parachute jumps, but also more extreme events, such as swimming with sharks, walking on fire and lying in a rat-filled coffin. 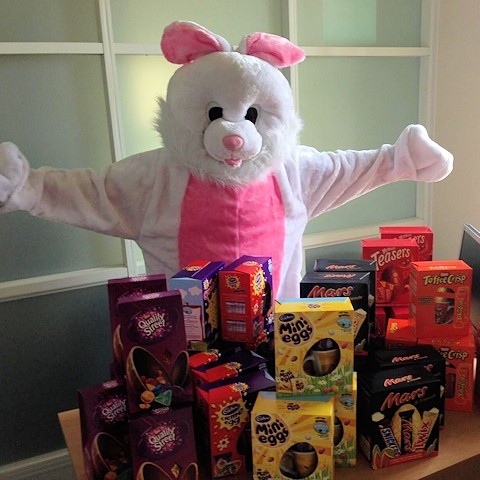 Gary also likes to dress up for children with terminal illnesses, and help put a smile on their faces. Each year, he gives out Easter eggs dressed as the Easter bunny, and Christmas presents dressed as Father Christmas.

Gary’s latest challenges see him aim to raise between £500 and £1,000 for NHS Charities Together, which is the umbrella organisation for the NHS' 230 official charities in the UK, and is endorsed by the Department of Health and Social Care, and NHS England.

NHS charities provide extra vital funds and services to NHS hospitals, ambulances, mental and community health trusts and health boards. This funding is above and beyond what the government provides and is spent on enhancing care and experience of patients.

After completing the Hadrian’s Wall challenge, Gary immediately jumped into the virtual End to End Challenge from Land’s End to John o’Groats, plus a couple of hundred extra miles.

The typical distance between Land’s End and John o’Groats is 874 miles, but Gary will cover 1,083.

To date, he has covered around 150 miles of the mammoth distance.

Gary added: “It has been an amazing feeling, seeing people coming to their windows and front doors and clapping me as I go past them. When I first set out on the two challenges a few weeks ago, I set out to raise money for the real heroes of this time, the people who work for the NHS.

“I also wanted to put a smile on people’s faces because lots of people are struggling with mental health issues and I strongly believe laughter is the best medicine, so I want make people smile and laugh at these sad times.”

To support Gary on his virtual challenges, please visit: