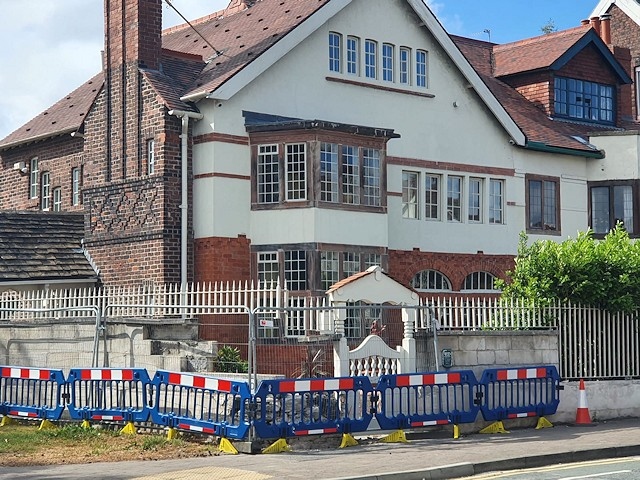 The damaged wall and gate at Redcroft, former home of Edgar Wood

The Grade II-listed wall of internationally renowned architect Edgar Wood’s former home in Middleton, Redcroft, has been damaged after being hit by a car.

Edgar Wood, who designed Redcroft in 1891 and lived in it until 1916, gained a considerable reputation and was a key figure in the Arts and Crafts movement, an architectural style which celebrated traditional forms of craftsmanship which people feared would be lost as a result of the industrial revolution.

At around 6am on 18 May, a silver car collided with the garden wall of Redcroft on Rochdale Road, on the corner of Cleworth Street, before spinning some distance up the road.

Whilst no-one was seriously injured in the collision, the road was closed for several hours to clear debris, oil and remnants of the wall with all emergency services on scene.

Gary Pennington, who owns the house, captured the incident on CCTV. 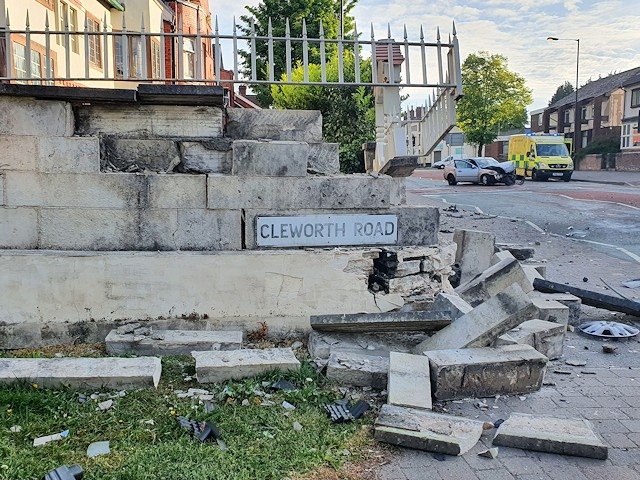 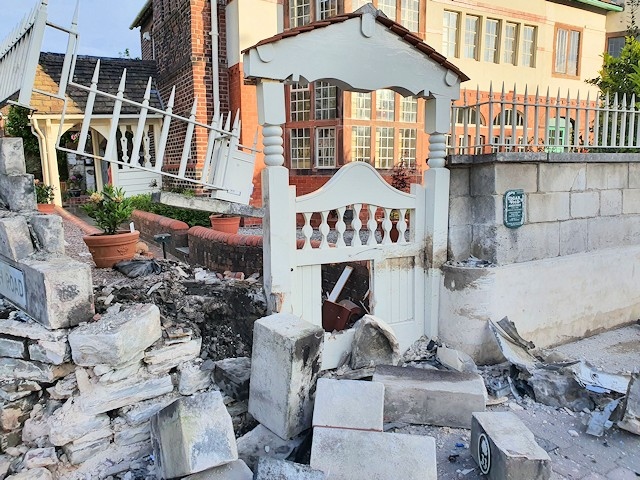 He said: “The main thing is no-one was seriously hurt, but the wall will need rebuilding. Because it’s listed, it’s quite a complicated process.”

As the wall is Grade II-listed, the wall will need to be rebuilt using the original material, white Portland Stone, which typically was reserved for the likes of the original Manchester Town Hall and York Cathedral.

Surveyors will need to meet with the local conservation officer, before progressing to repair the wall, which could potentially cost thousands.

The gate, which will need to be rebuilt, cost around £5,000 when it was installed when the house was renovated several years ago.

Redcroft was renovated in 2016, given a full external restoration, including roof repairs, re-rendering, replacement windows and works to the boundary wall, to faithfully restore the Edgar Wood features which have disappeared over time.

A spokesperson for Greater Manchester Police said: "At around 6am on Monday 18 May 2020 police were called to a report of a collision in Middleton.

"A silver Ford Mondeo had collided into the wall of a property, and a man in his 40s received medical treatment at the scene after suffering minor injuries.

"Long Street and Hollins Lane were closed temporarily during the incident as police carried out their investigations.

"No further police action will be taken in relation to this incident and no arrests have been made."

CCTV footage of the car hitting the wall at Redcroft, Middleton