You are Here: Home » News » News Headlines » Thunderstorms cause ‘worst ever’ flash flooding in parts of Rochdale borough

Thunderstorms cause ‘worst ever’ flash flooding in parts of Rochdale borough 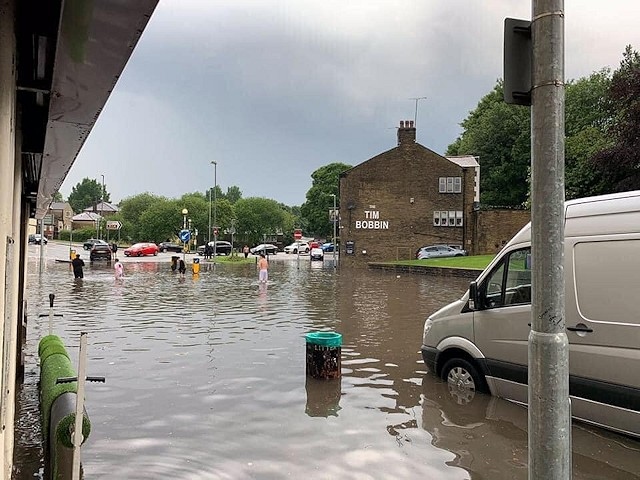 Flash flooding in Milnrow at the junction of Bridge Street, Dale Street and Kiln Street

The flash flooding from thunderstorms on Monday (15 June) has been called the ‘worst ever’ by local councillors and business owners whose premises were flooded.

The ceiling at the Rochdale Asda store was damaged, causing staff and shoppers to be evacuated for their safety.

A spokesperson for Asda confirmed: “No injuries were reported, and the issue was fixed overnight with the store opening at 7am this morning.”

However, it was a very different picture elsewhere, with many businesses and charities being flooded in their cellars and losing power, whilst some were affected by sewage.

The RSPCA had to call for an emergency electrician after the downpour affected the main fuse box and light fittings, which is estimated to cost a minimum of £1,000 to repair.

The small animal room which houses creatures such as guinea pigs, hamsters and mice flooded, as did the online donations storage area, resulting in many damaged items being thrown away – ultimately resulting in further loss of desperately-needed income.

Fortunately, no structural damage was caused to the centre, which has been – and continues – taking in animals throughout the pandemic.

A representative for the local RSPCA branch said: “We are devastated to have this happen at this most difficult time. Most of our donations which we list online have been damaged, and the boxes they are kept in have disintegrated.

“This is kicking us when we’re down, and we really, really need help.”

Donations can be made by JustGiving or PayPal:

Buckley Menswear, which had a really busy morning of trading after re-opening on Monday after months of being shut due to government guidelines, has had to move all stock onto the ground floor, after experiencing flooding like never before.

Pub landlord Ben Boothman, who owns six local venues, reported that four of his had been affected: the award-winning Flying Horse, Bombay Brew, the Crown and Shuttle, and the Baum. Affected only by excess surface water, Mr Boothman estimates repairs and clean up costs to be around the £10,000 region.

He said: “It’s a series of unfortunate events. It’ll cost around £6,000 to repair the damage at the Flyer, but I’m ironically glad we were shut. We aren’t going anywhere!”

The historic pub will need a new ceiling above the bar, new carpet, work to fix the electrics and a new sound system.

Paul Whitham, at neighbouring venue Empire, also experienced similar effects with the rainfall damaging the electrics, as well as flooding the kitchen and cellar.

However, he is currently using the lockdown period to refurbish the venue, but is looking at a £35,000 to repair the former music hall’s roof.

He added: “The business grant from the council was helpful, but now we’re looking at further costs to repair the roof. But when that’s done, it should last a lifetime. We’ve applied for heritage funding, given the building’s history, so we’ll see what that brings.” 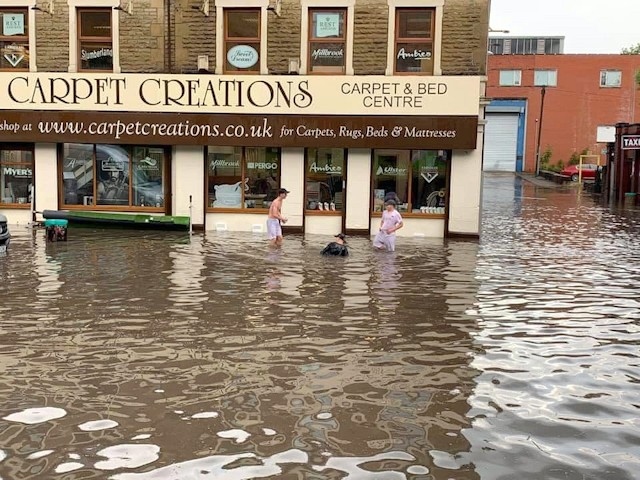 Councillor Dave Bamford, of Milnrow and Newhey, said: “The flash floods in Milnrow yesterday were none we’ve seen before. Once again, local businesses and residents will bear the brunt and in the current circumstances, this is doubly unfair.

“We will be writing to the chief executive of the council to come up with solutions alongside both United Utilities and the Environment Agency to stop this happening once and for all.”

Philip Holt, of Carpet Creations, said that Monday’s flood was the fifth one since the infamous Boxing Day floods in 2015.

He estimates around £10,000 worth of stock has been ruined from the flash flooding – but this won’t stop the company from reopening as usual on Wednesday (17 June). 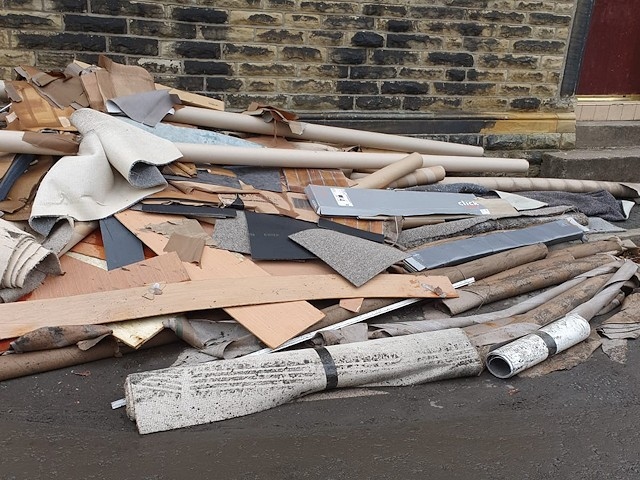 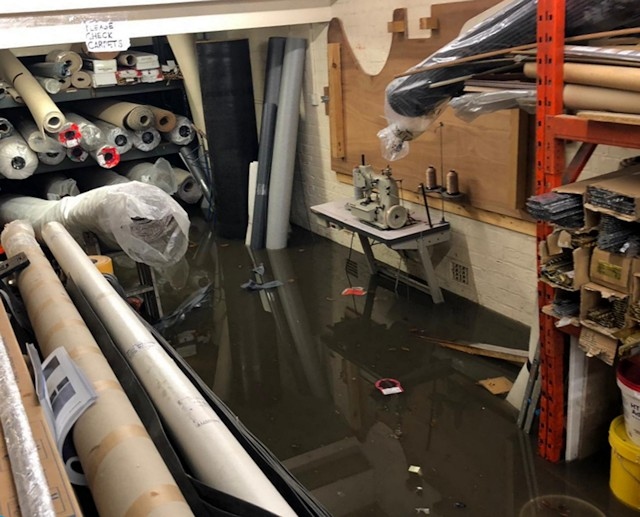 He continued: “We know what to do because we’ve been in that situation before, but it came in much higher this time.

“I’ve been on holiday and watched my business flood and I can’t do anything about it. I worry at night that it’ll rain and this will happen again. You shouldn’t have to live that way.

“I’ve had lengthy discussions with various organisations and bodies, but nothing seems to get done. Someone has to be responsible for the drainage; we pay a percentage for that in our business rates, but aren’t getting that service.”

Despite the setback, Mr Holt praised both his staff and the council for their response to the incident: “My staff have been tremendous; they stayed late and came in early to help tidy up and the council came and removed all the debris and damaged stock.”