You are Here: Home » News » News Headlines » Rochdale Freemasons step up to the plate with donations for local foodbank 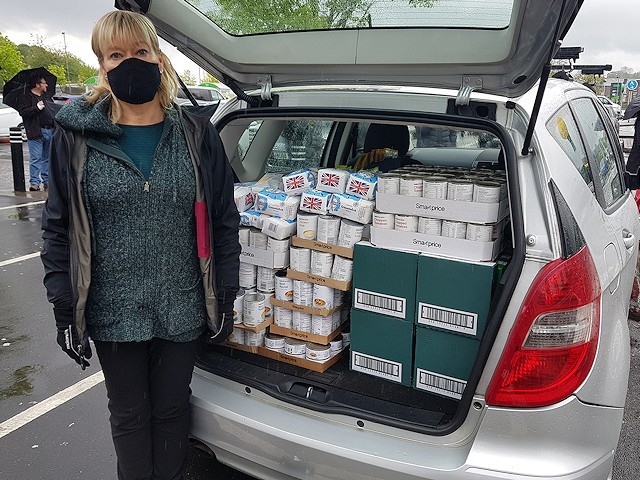 Rochdale District Freemasons have really stepped up to the plate, collecting almost two-miles’ worth of food to support the local foodbank and those most in need.

After an initiative introduced last year by district charity steward John Taylor, members were encouraged earlier this year to donate either food or financial support for the local foodbank during the current pandemic: each item was measured with an overall target of reaching one mile – Miles More Food from The Freemasons.

From the humble beginnings of a few items per week being donated, the ‘Miles More Food from the Freemasons’ campaign has really moved forwards with thousands of pounds and large quantities of food being donated over recent months.

The initial and aspirational target of one mile was surpassed in May, followed soon after with the 2020 metre point – marking this unprecedented year – being passed too.

Regular collections continue and the society is now close to the two-mile point, above and beyond all expectations. The current total is the equivalent height of 24,791 tins of beans stood on top of each other and over £8,000 in monetary terms.

A dedicated bank account has been set up and regular updates are circulated to all members via email and social media. 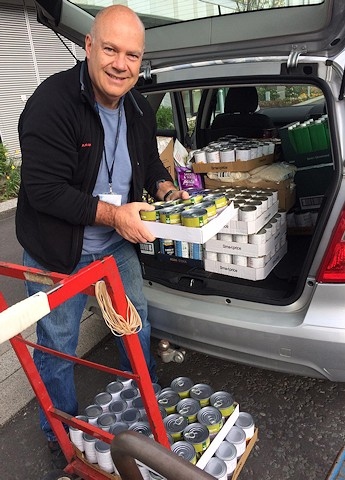 John Taylor, with the help of his wife, Sue, has managed to keep the momentum going on the initiative with tremendous support from lodges and individual contributions.

In the absence of regular meetings, members have been encouraged to donate the cost of a meal and the response has been incredible. Both lodges and individuals have been very generous and Rochdale as a district has stepped up to the plate to help those most vulnerable at this difficult time.

John has been delighted with the response; he said: “Many are suffering through no fault of their own and it is heart-warming to know there are so many kind and generous people who are willing to share what they have to help others.”

John received a most welcome letter from Sir Warren Smith KCVO KStJ JP, HM Lord-Lieutenant of Greater Manchester on behalf of Her Majesty The Queen, praising him for all the work he has undertaken during the pandemic. The letter will be framed and put on the notice board at Richard Street when able. John also received a thank-you letter from trustee Wendy Fell, recognising the Freemasons’ efforts for the foodbank.

Doug Smith District Chairman added: “Freemasons stand behind our core values of friendship, integrity, charity and respect and are proud to help so many in their time of need.

“It is rewarding to know our efforts make such a positive contribution within the community.”