You are Here: Home » News » News Headlines » RSPCA receives £5,000 in donations, including a £500 cheque from the Stephen Gartland Foundation

RSPCA receives £5,000 in donations, including a £500 cheque from the Stephen Gartland Foundation 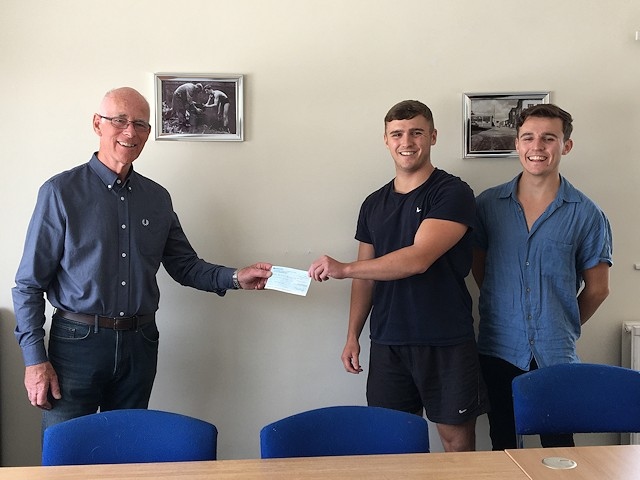 Thousands of pounds have been raised for the Rochdale RSPCA Animal Centre, which suffered badly during last week's flash flooding, thanks to the generosity of the public and the Stephen Gartland Foundation.

Brad Gartland and his brother, Liam, both of the Stephen Gartland Foundation, presented RSPCA trustee David Canavan with a £500 cheque on Monday (22 June) after seeing the damage caused by last Monday’s flash flooding (15 June) on Instagram.

The RSPCA had to call for an emergency electrician after the downpour affected the main fuse box and light fittings, which is estimated to cost a minimum of £1,000 to repair.

The small animal room which houses creatures such as guinea pigs, hamsters and mice flooded, as did the online donations storage area, resulting in many damaged items being thrown away – ultimately resulting in further loss of desperately-needed income.

Fortunately, no structural damage was caused to the centre, which has been – and continues – taking in animals throughout the pandemic.

Brad said: “The foundation was saddened to hear about the flooded small animal room at Rochdale RSPCA. The RSPCA does amazing work helping and re-homing the town’s most vulnerable animals. It provides great opportunities to visit and adopt the animals, which has great mental health benefits and can give someone responsibility and purpose.

“We are really glad that all the animals are safe and well after the flood, and we are happy that we could help the RSPCA out at this difficult time.”

The local staff and volunteers say they are overwhelmed with the positive response from the public, who have helped raise an additional £4,500 in donations for the centre.

A representative for the local Redcross Street branch said: “We are absolutely overwhelmed with the generosity of the Stephen Gartland Foundation, as well as all of the donations from our supporters.

“It really, really means so much to us.”

Donations can be made by JustGiving or PayPal: