You are Here: Home » News » News Headlines » Man believed to be from Rochdale jailed for murder of Lancaster man 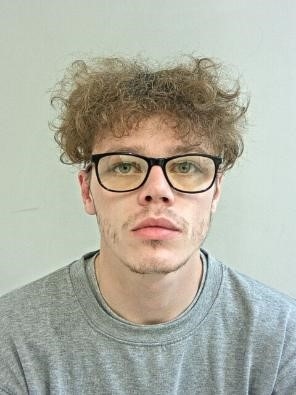 A man, believed to be from Rochdale, has been jailed for the murder of a Lancaster man.

Connor Reece, 24, was sentenced to life in prison on Monday (22 June) with a minimum term of 21 years at Preston Crown Court after stabbing Lee Farrington last year.

Lee suffered a serious stab wound to his leg on 27 August 2019. He was taken to Royal Lancaster Infirmary and then later Royal Preston Hospital for treatment, but sadly died the following day.

A murder investigation established Reece had attended the address. He asked Lee for the whereabouts of another man, before fatally stabbing him in the leg and making off from the scene.

Reece contacted Danielle McCreery, his girlfriend, and they both travelled to a hotel in Morecambe. The following day the pair travelled to Manchester, where they were helped to stay by McCreery’s father, Wayne McCreery, while continuing to evade police.

Following extensive enquiries the trio were arrested by detectives investigating Lee’s death. Reece was later charged with murder and both McCreerys charged with perverting the course of justice.

They pleaded not guilty and following a trial were convicted.

Detective Chief Inspector Lee Wilson, of Lancashire Police’s Force Major Investigation Team, said: “This was a savage and brutal attack based on nothing more than a wholly misplaced and dubious sense of revenge which tragically claimed a young man’s life.

“Lee Farrington, just 29, was an innocent man in the wrong place at the wrong time.

“Reece made off from the scene and sought help from Danielle and Wayne McCreery, avoiding arrest for several days.

“He is clearly a dangerous individual and today’s sentence reflects the gravity of his actions.

“I must also place on record my thanks for the support and help from Lee’s family, at what no doubt has been an exceptionally difficult time. I hope today brings some form of closure and a sense that justice has been served for their late and much lamented loved one.”

In a statement, Lee’s family said: “‘Any sentence will never be enough.

“We have a huge void that can never be filled and Lee’s children will grow up without him because of that man.

“Lee would have been 30 last week, we did have a celebration planned but instead we talked about memories. His son will be four next month and it breaks our heart that Lee isn’t there for him or his eldest son.

“We hope that, for anyone who carries a knife, this message gets to them – you could kill someone with one stab and change lives forever. Thank you to the police and the criminal justice system for all they have done to get justice for Lee.”

Wayne McCreery, 47, from Stretford, Manchester, and Danielle McCreery, 28, of no fixed address, were each sentenced to two years and four months in prison for perverting the course of justice.