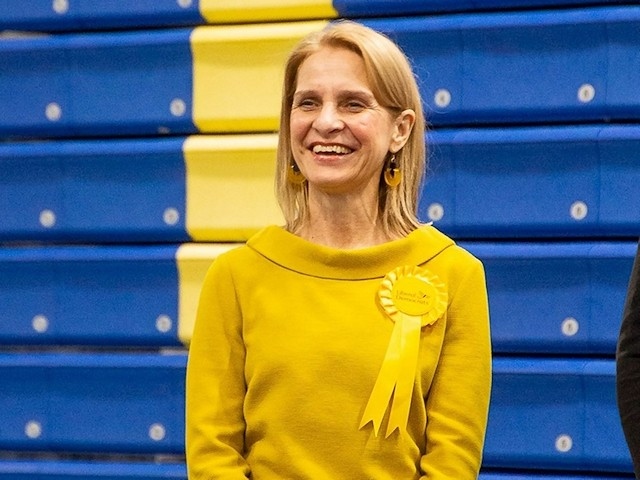 Former Rochdale councillor Wera Hobhouse has withdrawn from the leadership election of the Liberal Democrat party.

In a statement via her official website on 23 June, Mrs Hobhouse, the Member of Parliament for Bath, said she no longer felt her campaign was the best for the country.

Renouncing her intentions to run for leader of the party, she is now backing Layla Moran, the Member of Parliament for Oxford West and Abingdon, in her bid to become Liberal Democrat leader.

Mrs Hobhouse’s statement in full reads: “There is nothing more lonely or frustrating than feeling unheard. That is why I set out to build a party, and a country, where every single person has an equal opportunity to thrive, regardless of their background or where they live.

“That means pulling our party firmly to the centre-left, rebuilding our local government base, securing a progressive alliance, and moving effort and resources to our regions. We cannot run as a London-centric party that lets our powerful regional voices go unheard and the Conservatives a free run.

“That continues to be what I believe in more than anything.

“I feel grateful for the energetic campaign that we built together, and I am proud that we asked the tough questions, dared to dream big and fought for what we believed in, the values we share and the vision we hold.

“That is always the right thing to do.

“But, if my supporters and I really believe in the need for a new direction, then we must accept when we are no longer the best vehicle to deliver that.

“That is why I am withdrawing from the Liberal Democrat leadership election and, this afternoon, I have offered to work with Layla Moran on behalf of our party and her vision for the country.

“I know this will be disappointing for those of you who joined our movement, but this leadership race is more important than any one candidate, and it is vital to the future of our country that we come together to defeat the Conservatives at the next general election.

“And you might expect me to say this but a revitalised and united Liberal Democrat party is needed now, more than ever.

“Our party has had knockbacks, but we always come together in the aftermath to ensure our values and beliefs endure.

“And that is what we must do now: It’s time to refocus, organise, and take action.

“Millions of people across the country are relying on us to defeat the Conservatives’ hurtful agenda, and let’s be absolutely clear: The Liberal Democrats have the enthusiasm, courage and tenacity to do it.

“With this in mind, I am pleased to support Layla Moran and encourage those who joined my campaign to do so too. She represents a new generation with the talent to engage and inspire. She is now the only candidate who can break with our party’s damaging legacy from the coalition and adopt a centre-left position to defeat the Conservatives at the next election.

“Thank you to everyone who supported our campaign, all my volunteers, staff, friends and family.

“I look forward to seeing you on the campaign trail very soon.”

Born in Hanover, Germany, Wera came to Britain in 1990 having met and married her English husband, William, while studying in London. They lived in Liverpool before moving to Rochdale in 1999 and lived in Shawclough with their four children before moving to Bath.

Wera and William were elected to Rochdale Council in 2004 as members of the Conservative party.

The following year, the duo made the very controversial decision to defect to the Liberal Democrats, where they stood as councillors for Norden and Bamford, respectively.

Having unsuccessfully contested the seat of Heywood and Middleton in 2010, which was won by the late Labour MP, Jim Dobbin, Ms Hobhouse was elected to represent Bath in 2017 and was subsequently re-elected in 2019.