You are Here: Home » News » News Headlines » Historic mill could be transformed into town centre apartments

Historic mill could be transformed into town centre apartments 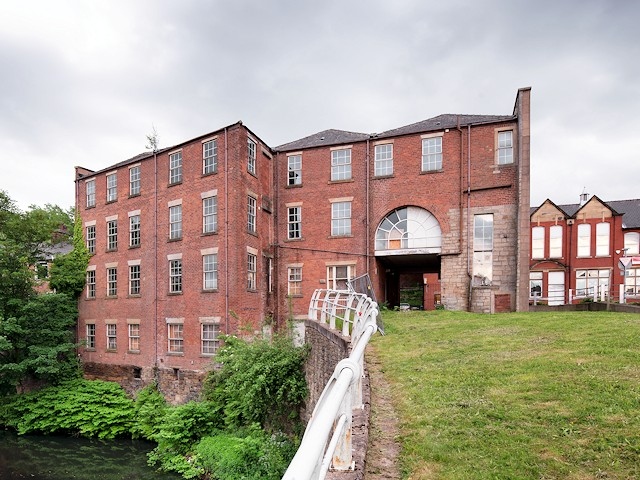 A historic mill which was one of the first in Rochdale to switch from water to steam power could be transformed into town centre apartments.

Part of Waterside House was demolished in the 1970s but the warehouse and engine room – which was once fed by the River Roch - remain.

Now the Water Street building, which dates to 1820 and was awarded Grade-II listed status earlier this year, is set for a new lease of life.

However, applicant Waterside Residence says that ‘any and all heritage and conservation assets that this building may be seen to possess will be retained and maintained by the proposed restoration of Waterside House’.

There would be no changes to the external ‘shell’ of the red-brick building, except for reopening all three bricked-up doorways and windows on the lower-ground floor to allow access to the apartments and let daylight in.

Work to the interior would involve removing its suspended ceiling and office partitioning – neither of which are original features of the warehouse, which was built in two phases during the mid 19th century.

A design and access statement submitted with the application describes how the attractive appearance of the building could lend itself to residential use.

It states: “Though built on a smaller scale than many of the textile warehouses in neighbouring Manchester, the workmanship and use of materials on the façade is on a par, lifting it above the utilitarian and making it a good representative example of the building type.”

There would be no parking spaces for future residents, due to the building’s town centre location, but plans include cycle storage for up to six bikes.

However Metrolink, train and bus services are all within walking distance of the proposed apartments.

Waterside House is part of the Drake Heritage Action Zone (HAZ) and its conversion would be part-funded by grants available for improving buildings in the area.

Councillor Janet Emsley, cabinet member for neighbourhoods, community and culture, said: “The HAZ project is shedding new light on the rich history of these buildings, which many walk past day to day, but probably know very little about.

“Even more importantly, we’re working to bring many of these important places back into use, so they will be as much as part of Rochdale’s future as they were its past.”

There are around 400 listed buildings and structures across Rochdale, those in the town centre include the town hall and St Chad’s Parish Church.