You are Here: Home » News » News Headlines » Counter-fraud team to clamp down on drivers who abuse blue badge scheme 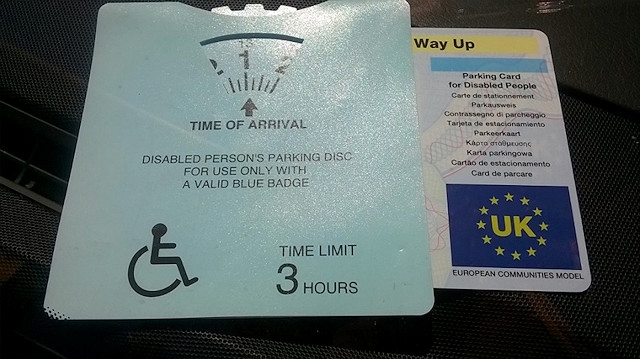 A counter-fraud team is to clamp down on drivers who abuse the blue badge scheme.

The permits allow disabled people – whether they are at the wheel or a passenger – to park closer to where they need to go while out and about.

Those who look after a child with a health condition which affects their mobility can also apply for a blue badge.

The scheme can be abused by people displaying fake, expired or cancelled badges – placing their own convenience above those with genuine mobility issues.

Now Rochdale Council is taking a harder line against blue badge-fraudsters, with its counter-fraud team set to work alongside traffic wardens to bring more offenders to book.

This could lead to warning letters, fines or prosecutions depending on the circumstances and whether pursuing the case is deemed to be in the public interest.

Ian Corbridge, the council’s head of internal audit, told a meeting of the audit and governance committee he wanted to put ‘more resources and effort’ into tackling blue badge abuse.

Councillor Donna Martin, questioned the financial logic behind the move.

She said: “I think it’s good you are going to look at it, but if you have a policy you need people [to enforce it] and then what are they going to recoup?”

However, Mr Corbridge said the initiative was not about make savings, but addressing the ‘anti-social nature’ of people abusing the blue badge system.

He added: “It gives the counter-fraud team the ability to confiscate the blue badge if they are out and about and find one which is invalid, cancelled or out-of-date – or an inappropriate person is driving that vehicle.”

Mr Corbridge explained that updating the council’s policy in this area would give the counter-fraud team the power to do more than it could previously.

“You don’t generate significant savings like with council tax fraud, but in pursuit of fraud in all its guises we want to add these powers to pursue blue badge fraud,” he added.

Mr Cobridge said: “We only know the ones you actually catch is the truth of it. What you find is different authorities major in different areas of fraud.

“We try to cover a whole range of fraud areas, but we haven’t invested lot of time on blue badges because of the very fact it doesn’t generate a saving as such.”

He also addressed the issue of how rates of blue badge abuse could vary in different parts of the country.

“Comparisons are difficult across the piece,” he said.

“You are probably looking at London boroughs to see where significant blue badge fraud goes on because of the nature of parking costs in London. I think it’s fair to say parking is a lot cheaper in Rochdale.

However, there may be a delay in counter-fraud offices beginning their work with traffic wardens due to the ongoing Covid-19 situation.

Recent guidance to local authorities acknowledges there may be delays in renewing blue badge applications.

It recommends penalties charges are not issued to those displaying permits with an expiry date of January 2020 onwards.

This is to be reviewed on 30 September this year.

The meeting was held remotely via Zoom due to current social distancing measures.