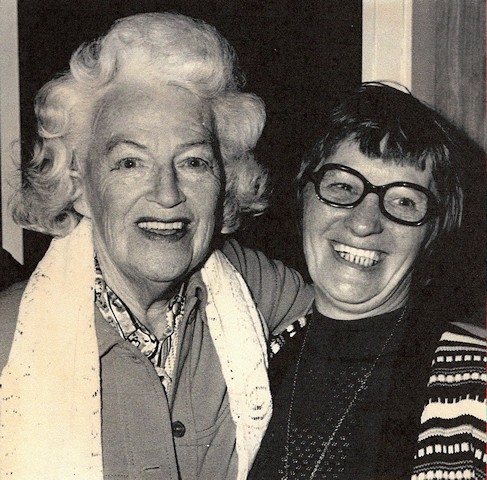 A Rochdale woman has published her first book, ‘My Shadow, My Dream’ telling the story of Whitworth singer Jean Chadwick, who performed in the style of Gracie Fields.

Jean’s big break came in 1949, when Gracie, the world's highest-paid star in the 1930s, performed a free concert from Rochdale town hall. Jean and her accordion kept the crowd entertained whilst waiting for the late-running star, who requested a meeting with her after the show.

Jean was invited to perform with Gracie, and her career took off, leading her to rub shoulders with Marlene Dietrich, Julie Andrews and even successfully auditioning for the same job as Elton John.

Author of the book, which details Jean's rise to fame from humble beginnings, Anita Lewis, 77, of Syke, had promised to write down Jean’s life stories before she died in 2016. Anita first knew Jean as a friend of her sister, but they became reacquainted when Jean came to stay at the residential care home run by former primary school teacher Anita, Half Acre House.

Anita, leader of the Syke Junior Theatre Group and Parliamentary Review representative, said: “Jean was known locally and had a successful stage career from late 1940s for about 40 years or more. She had an interesting life, meeting many stars, which I collated over the years before her death.

“Jean loved hearing me read parts of the book to her, and hoped it would get her story out there.

“She used to say that she wished people knew what she had done over the years and asked me to write her story and share it.”

Besotted with Gracie, Jean wanted to see a statue installed in her memory in Rochdale; although she knew one was to finally be built in September 2016, she did not get to see it before she died that same month at the age of 83.

Proceeds from the book, available via Amazon, are being donated to the Grand Order of Lady Ratlings, an organisation for female theatrical performers which was established in 1929.