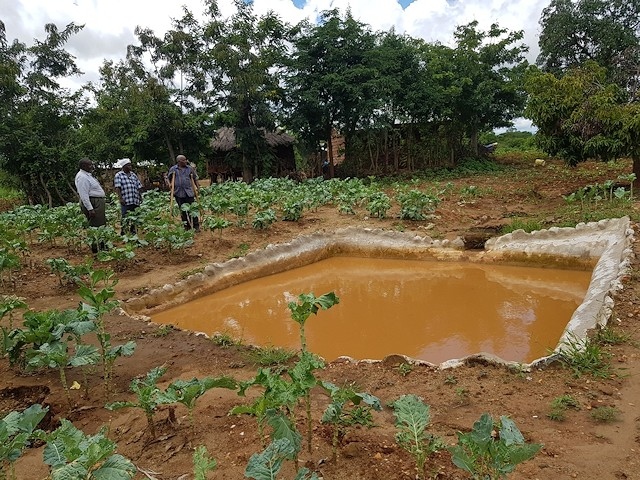 After more than 10 years of fundraising, a project by Rotary Club of Middleton to bring irrigation to Kajuki in Kenya has come to a successful conclusion.

Kajuki is a parish in the Diocese of Meru in the Eastern Province of Kenya. It is in the shadow of Mt Kenya and is about three and a half hours’ drive north from Nairobi. The parish has an estimated population of 40,000, covering an area of 200 sq km, centred round the village of Kajuki. It is an infertile, baking hot, harsh, semi-arid region, with a growing season of only two months, in which the average annual rainfall is a meagre 400mm.

With Kajuki being directly under the equator, rain is only expected twice a year and with no tarmac roads, it meant that even when it did rain, mud overwhelmed the area and the plants did not grow as well as expected.

Rotary Club of Middleton member, Peter Hayward took the lead in fundraising in Britain to raise money that would be used to implement an irrigation water project, constructing water pans – ‘man-made ponds’ measuring five metres wide and two metres deep, which collect the rainwater. In total, 180 water pans have been installed in four areas: 27 in Kajuki, 20 in Gituma, 38 in Mwerera and Gakurungu, plus 95 in Nthiere and Tunyai.

The rainwater which collects is filtered and supplied to local farmers who previously would have experienced this drought, lifting hundreds of people out of poverty and starvation.

The pans also help citizens of Kajuki who previously would have travelled miles for water that was saturated with mud and arsenic from domestic waste and run-offs from agricultural activities and therefore unfit to use. It meant that only deep-rooted plants survived the ongoing hot months.

Thanks to the water pans, food crops have grown fast and are healthy. The crops are grown for domestic use, whilst surplus is sold to raise money, going towards paying children’s school fees, meeting health care needs and other basic requirements. 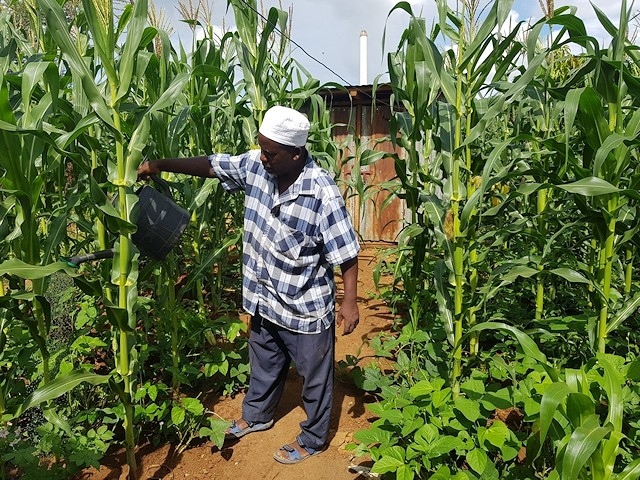 Rotarian Elder Reverend Julius Mungania, project manager of St Peter’s Kajuki and Tharaka Water and Food Economic CBO said there the project presented a bright future for the communities, as well as there being a great need to expand the successful project.

He added: “Though we did not reach all the 600 households targeted with water pans, we have succeeded, and the project was successful.

“Thank you so much Rotarian Peter Hayward for your untiring and selfless support, the timely positive comments that you frequently made that made us remain on track.

“I let you know that the target beneficiary communities of Kajuki and Tharaka will forever remember you; their lives have changed for better forever and they will never be the same again.

“Many thanks for your timely, tireless and selfless support.”

"This sums up what Rotary is about and highlights the kindness and generosity of the people of Middleton."

Gabriel Njeru, Kajuki project area, is the project chairman and is one of the beneficiaries.

He also grows maize which is used at home for food and the remnants are used to feed his cows.

Using the water from the pans, Gabriel is able to grow grass for cows, allowing him to make a further £66 per month.

With water at home, Gabriel is growing amaranth, a local medicinal vegetable which he uses for domestic consumption. He sells the surplus to the villagers where he makes an additional £15 per month.

Gabriel also started his own tree nursery, germinating 2,000 seedlings. He has planted 300 seedlings this rainy season while he has already sold 1,700 seedlings each, totalling over £250.

He plans to germinate more in early January next year for planting during the month of March rainy season.

This income has changed Gabriel’s life completely because his wife, a primary school teacher earning about the equivalent of £266 per month, had considered leaving him as he used to earn nothing.

Susan Karimi is currently the Chair of Nkungani Group in Kajuki project area.

Susan has been growing kale, spinach and amaranth, making the equivalent of £5 per week from the sales of surplus. She is also making money from the sale of cowpea leaves.

In total, Susan has a regular supply of fresh vegetables at her home and she is making 5,800 Kenyan Shillings per month (around £43) from the sale of surplus vegetables.

Her income has greatly improved, and she is no longer a housewife but an agribusiness lady taking care of her three biological children and two adopted orphans.

James is from Nthiere, which formerly never used to grow vegetables or maize.

He has one acre set aside for the project which is divided into four portions. Two of them are planted with kale, spinach, aubergines and tomatoes. The other two portions are planted with maize, green grams and cow peas.