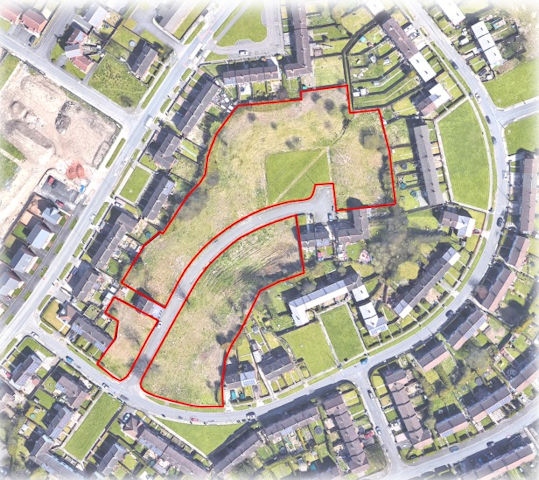 Planners have given the go-ahead for two separate developments which will bring a further 89 properties to Langley, in Middleton.

The first, on land between Threlkeld Road and Gatesgarth Road, will feature a mix of two and three-bedroom semis and two-bedroom bungalows.

There will be 41 properties built across three parcels of land - including the old Falcon pub on the corner of Threkeld Road and Bowness Road - and future residents’ will pay rent at no more than 80% of the local market rate.

However, none of the two, three and four houses are earmarked for affordable rent or sale.

Instead, profit from the sale to Hive Homes - a joint venture between 10 housing associations and the combined authority to increase the number of homes for sale - is being reinvested in the area.

Because of this, it is not being asked to make the usual financial contributions towards affordable housing, local infrastructure and facilities.

Riverside Homes scheme is part of the Langley Masterplan which has brought forward other ‘100pc affordable’ schemes – including 28 new homes off Newby Drive.

But these did not include social or affordable housing - and the township still needs to build 44 of these type of properties every year to keep up with demand.

Both applications were unanimously voted through by members of Rochdale Council’s planning and licensing committee.

Councillor Phil Burke, who represents the West Middleton ward said the developments would be welcomed by residents.

Referring to the scheme including the old Falcon pub site, he said: “We fully support Riverside, we have worked closely with them over the years and it’s a much-needed boost to social housing on the Langley estate.”

“Over many years the area has become run down we have had issues with fly-tipping and any improvement there would be a massive benefit for the local residents.”

Councillor Burke added that he was not concerned over the Stainton Drive site’s impact on local infrastructure as it had been housing prior to being cleared several years ago.

He says residents are of a similar mind.

“I think the feedback we have got is it’s much needed housing that needs to be built on the estate. Residents welcome any decision to build property on this piece of land, it’s long overdue,” he said.

“I think people will welcome new people on to the estate, there’s so much opportunity there, for first time buyers especially - people who live on the estate and want to stay on the estate and live in the area they have been brought up.”