You are Here: Home » News » News Headlines » Friends of Taylor Park and Rochdale In Bloom spruce up one of Norden's oldest parks 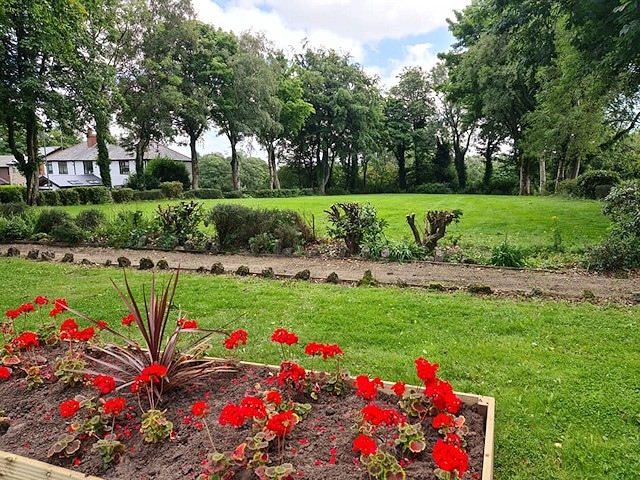 Friends of Taylor Park and Rochdale In Bloom

The Friends of Taylor Park and Rochdale In Bloom have been hard at work sprucing Taylor Park up, with plenty of cutting back and tidying done on the overgrowth.

The park, located off Bagslate Moor Road and Taylor Avenue, is one of Norden's oldest parks and was once the go-to place for picnic lunches and even wedding photographs.

A tidy up was planned earlier in the year, but was called off due to the storms, and then the Covid-19 pandemic meant work had to be put on the backburner once more. 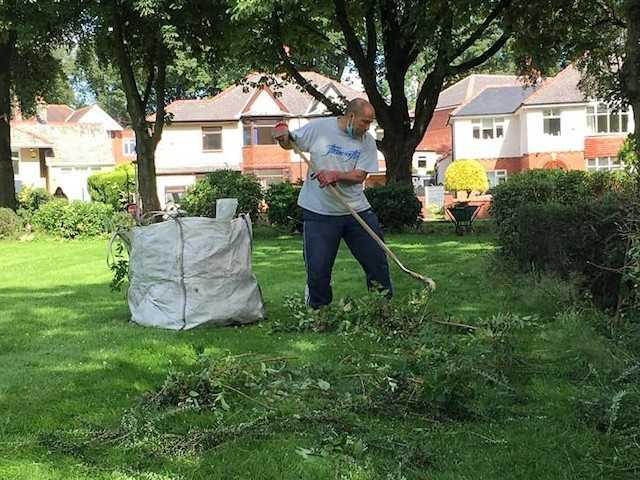 A team of 20 socially-distanced volunteers met on Sunday 19 July, where they spent time making the park look its best before the council cleared a mountain of green waste.

Clive Entwistle, chairman of The Friends of Taylor Park said: "I would like to thank everyone who turned up, and I very much appreciate everyone's sterling efforts." 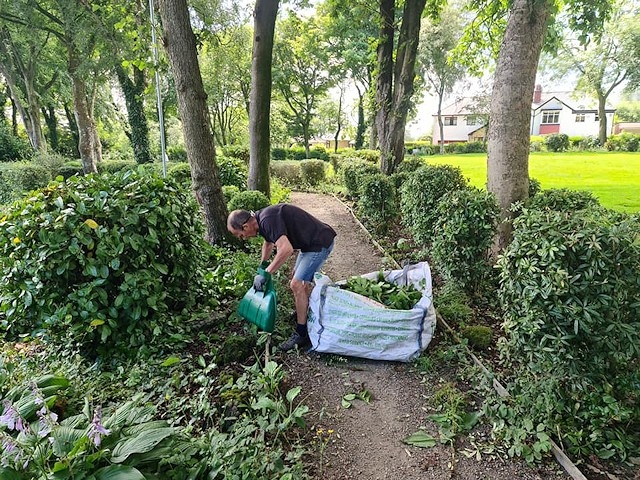 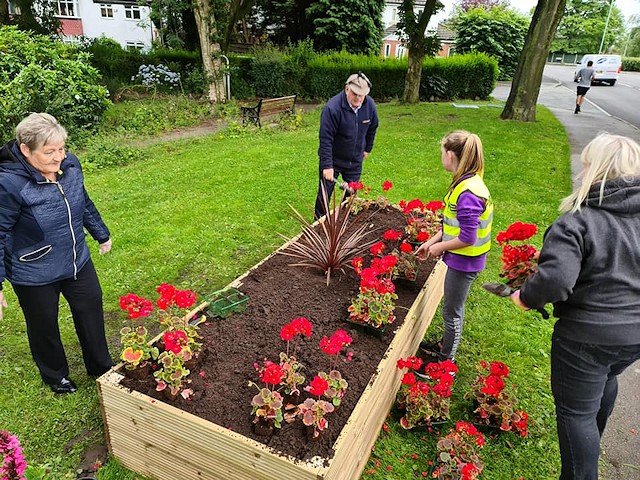 Two new planters and a miniature rockery have recently been installed at the front of the park facing on Bagslate Moor Road. Rochdale In Bloom sponsor H Bell & Sons provided the wood and soil for the planters, which were built as a team.

The rockery was installed by Rochdale In Bloom using spare materials.

In recent years, the park has also benefited from four litter bins and knee railings installed through ward fund contributions, as well as benches and a path installed by the community service team.