You are Here: Home » News » News Headlines » Rochdale borough has one of the highest numbers of children living in poverty in the UK 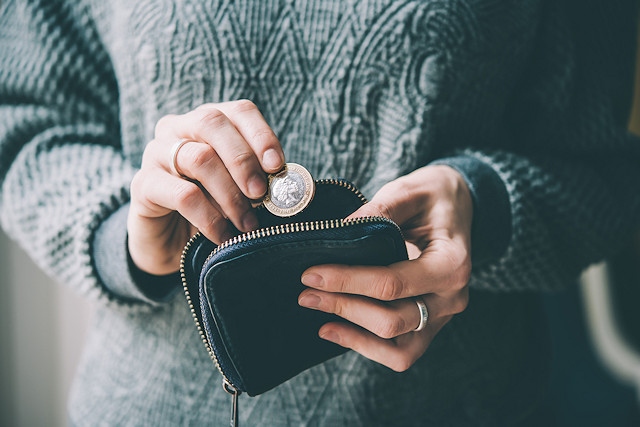 The Rochdale borough has one of the highest numbers of children living in poverty in the UK, latest government statistics show.

The data, published by the Department of Work and Pensions, shows Rochdale is fourth in Greater Manchester - behind Oldham, Manchester and Bolton - where young people under the age of 16 are living in relative and absolute poverty.

Relative poverty is defined as low income Before Housing Costs (BHC) in the reference year. A family must have claimed one or more of Universal Credit, Tax Credits or Housing Benefit at any point in the year to be classed as low income in these statistics.

Absolute poverty is defined as low income Before Housing Costs (BHC) in the reference year in comparison with incomes in 2010/11. Again, a family must have claimed one or more of Universal Credit, Tax Credits or Housing Benefit at any point in the year to be classed as low income in these statistics.

In the Rochdale borough, 26% of children are living in absolute poverty, placing Rochdale 12th in the UK. Neighbouring borough Oldham tops the table with 33%, followed by other North West regions like Pendle, Blackburn with Darwen and Burnley.

The figure rises to 30% for children living in relative poverty, the 14th highest in the UK. This places Rochdale fourth in Greater Manchester behind Oldham (38%), Manchester (34%), and Bolton (32%).

Both local Members of Parliament, Chris Clarkson and Tony Lloyd, and the Leader of Rochdale Borough Council, Allen Brett, have been approached for comment.

Rochdale MP, Tony Lloyd said: "These are genuinely shocking figures, sadly they are not surprising. We’ve seen child poverty growing over the years, as austerity has begun to bite.

"The sad thing is the government has no clear strategy to deal with child poverty, preferring instead to manipulate the figures. I already called on the government [with a letter to Chancellor Rishi Sunak] to make sure children from the most deprived homes don’t go hungry, but the real answer, particularly with rising unemployment, is to make sure that benefit levels are adequate and that means particularly, Universal Credit."

Responding, Chris Clarkson, Member of Parliament for Heywood and Middleton, said: "Eradicating child poverty is an absolute priority for me and for the government. More than ever is being done to support children and I am encouraged the latest figures show that fewer than one in ten children lived in workless households up to the end of last year, but obviously these local figures are deeply concerning.

"The way we measured child poverty in the past, based on median income, was deeply flawed. For example, by this measure the number of children in poverty went down significantly during the economic recession. That is why new measures have been introduced to focus on the root causes of poverty, chief among them being educational attainment and levels of work within a family.

"I am encouraged by the Prime Minister’s clear commitment to do whatever it takes to support people during the Coronavirus crisis which will undoubtably make things even more challenging and I welcome that this has included a number of measures to protect children and ensure no child goes hungry.

"Due to the pandemic, I know that many children and parents in Heywood, Middleton and Rochdale face an entirely unprecedented situation over the summer. It was for that reason that I wrote to the Secretary of State for Education and I welcomed the government’s positive response to Marcus Rashford’s campaign in setting up the ‘Covid Summer Food Fund’ which will enable children who are eligible for free school meals to receive food vouchers covering the 6-week holiday period.

"This is part of the wider support available for children and families at this challenging time. I am pleased that an additional £63 million is to be distributed to local authorities in England to help those who are struggling to afford food and other essentials. In addition, Universal Credit and Working Tax Credit have been uplifted by around £1,000 a year for the next 12 months as part of an injection of over £6.5 billion into the welfare system.

"Of course, we do not yet fully know what the economic impact of the Coronavirus crisis will be but please rest assured that in my role as Chair of the All-Party Parliamentary Group on Local Government and as Heywood and Middleton’s MP, I will be keeping a close eye on this issue and will do all I can to ensure our children are protected from poverty."