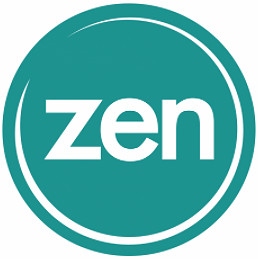 The announcement comes as recent research from Zen (surveying more than 2,000 people with broadband) revealed the benefits of comparing products and shopping around.

Nearly nine in 10 Brits who have previously switched broadband provider (89%) said they have benefitted from doing so. According to Uswitch, more people switch their broadband with them than any other switching site.

However, many have been reluctant to embrace change with four in five respondents (83%) in the 55+ category stating that they have not switched within the last year if ever at all, and recent figures from Ofcom suggest that nine million Brits are collectively overpaying £1bn for their broadband and TV services.

Zen, a Which? recommended provider, is urging consumers to actively explore switching in the interest of better internet speeds, customer service and reliability.

Earlier this year, the local internet service provider was named as the winner of five of eleven categories in the Broadband Genie Awards.

Three of Zen's superfast fibre products will be listed on the Uswitch site:

Zen has also promised a lifetime guarantee for consumers, in that it won’t increase the prices of its broadband deals, even after the end of contract.

Richard Tang, founder and chairman of Zen Internet, said: “For too long the broadband industry has taken the consumer on a helter-skelter ride - capitalising on inertia and overcomplicating the switching process.

“People should be aware that switching is simple and those out of contract should do their research with comparison sites such as Uswitch available to help find the best product which is right for them.

“At Zen we pride ourselves on providing reliable broadband coupled with excellent customer service and consistent speeds. We urge consumers not to put up with poor and patchy connectivity at a time when access to the Internet is more important than ever.”

Ernest Doku, broadband expert at Uswitch.com, commented: “We’re delighted to welcome Zen to Uswitch, helping to give consumers greater choice when it comes to broadband.

“There continues to be inconsistencies across the country when it comes to broadband speeds and reliability many have to put up with. More awareness and education is needed in terms of service availability, what those services offer and how much they will cost.

“This is why we would always urge consumers to run a quick comparison when their existing deal comes to an end, as they may find that they can get a better, faster service and pay less while doing so.”