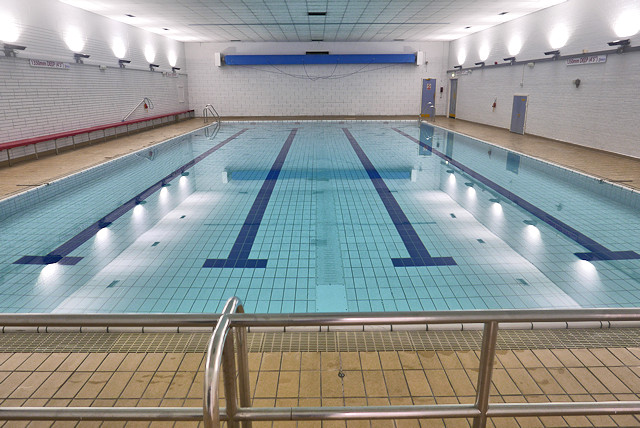 A petition calling for the Wardle Aquatics Centre to remain open has been started by local residents.

Following Tuesday’s news that the pool would close just 16 months after opening as it had not yet made enough money to cover running costs, a petition was launched, which has garnered hundreds of signatures in under 24 hours.

Mark Moorhouse, CEO of the Watergrove Trust, which runs the pool, has released a public statement saying that the decision to close the pool “has not been taken lightly.” The pool opened in March 2019 after 12 months of building work.

In his second statement, Mr Moorhouse said: “Trustees supported a financial loss during the first financial year of reopening and aimed to break even this year. Critically, then, lockdown closed the pool and the financial loss is now projected to be in the region of £40,000 by 31 August 2020. Going forward, new Covid-19 strictures around social distancing, cleaning and changing, mean that it would be very difficult now to achieve the paid lesson footfall required to break even and this is without considering the impact of any future lockdowns.

“Two additional points of clarification might be useful: sessions within school hours were limited, requiring careful segregation for safeguarding purposes; and popular sessions such as after-school swimming and parent/baby classes are most affected by Covid-19 measures and cannot continue as planned.

“Other risks have begun to emerge during the course of investigations which have yet to be fully explored, but are clearly of note. The pool is not level and is constantly overflowing at one end, the increased water usage clearly suggesting a leak. Although not the salient reason for the Trustees’ decision, and requiring investigation and monitoring, this information could not be discounted and had to be factored in.

“Trustees then considered the cost and value of four options keeping the pool open; moth-balling the pool; selling the pool as a going concern; and closing the pool, the latter presenting as the only viable way of mitigating cost and maximising value for the long term.

“For my own part, I was strongly in favour of closing the pool, and sourcing swimming lessons for schools from another provider, to protect the resource of the Trust for the benefit of the children and young people in the primary and secondary schools. A further specific value would be to equip Wardle Academy with the space to properly enact its curriculum and not contort itself to manage three lunchtimes.

“Schools or pools became the decision: the quality of education being our core business, this had to take priority over all other concerns. The good staff of the pool have a central place in this disquiet.”

Currently, over 800 people have signed the petition opposing the measure. Many supporters claim they did not know the pool was there, with a firm agreement that the pool should stay open to teach children how to swim, especially given the close proximity of Watergrove Reservoir, where 13-year-old Joseph Thomas drowned in 2008.

Lynn Kershaw, who started the petition, said: “My twin grandchildren have been having swimming lessons there for approximately 13 months now. They absolutely love their teacher Max and are devastated to not be able to carry on. I was just so annoyed at the announcement and the speed at which it has been done that I felt I had to do something to try and stop it.

“This swimming pool has first class facilities for the local community to ensure their children can have local swimming lessons with instructors who really cared. The children are devastated that they will no longer be able to learn to swim here. The pool was also open to the public a couple of days a week.

Responses in support of the petition include:

Local parent Emma Kennedy-Greenwood, whose children are on a waiting list to start at the pool, added: “I know the staff have worked tirelessly to source and train new members of staff to accommodate the demand.

“Swimming for Aquabears as a child and by attending Wardle High School, I have nothing but fond memories of the pool.

“As a family we were looking forward to the extended opening hours and family swims that we could all enjoy locally.”

Mr Moorhouse adds that the closure should not be seen as a loss to the community, but a 'redirection of resources'.

He continued: “I am also bothered about the frequent users of the pool who have had such enjoyment from its use and will miss it. I am bothered also by the quieter resigned and understanding voices who are still saddened by the closure. It is a sad and joyless affair and their mood strikes a powerful chord.

“I am aware also of the voices of those who never used the pool and never would, but rail at its closure; I still honour what they are doing, though, and it is a sign of community strength to gather round protectively when an asset is to be lost. In this I get the irony also of the 'For the Community' banner, when there is obviously a loss to the community.

“I think it is wrong to see a loss to the community, rather a redirection of resources moving forward to where it is most needed; our schools. It is also a useful test to imagine that the public funds held in education are one’s own money, to ensure the most careful use of them.

“For all of us involved in the discussion about the pool, in the light of known risks about achieving even a break-even income and the emerging risks about future premises costs, would we invest our children’s trust fund savings into the project?

“We clearly wouldn’t and in taking this difficult decision the Board of Trustees is doing exactly the right thing for everyone’s children within our community.

“There have been voices offering to support keeping the pool open and we welcome this.  To be clear, though, it is not management support that we need, but financial.  We can no longer take funds from schools to subsidise the pool. If there are partners who might then have financial solutions to mitigate the current losses and the significant capital expenditure which increasingly looks to be on the horizon, then we are very keen to talk.

“It is a very big ask though and the decision taken by the Board of Trustees at present remains the only rational course of action. The challenge now is to ensure that every penny saved is used to the benefit of all the Trust schools. The Trustees and I accept that responsibility and will ensure that it is enacted.”

Residents have also brought the closure to the attention of local ward councillors, including Ashley Dearnley and Janet Emsley, and MP Tony Lloyd.

Councillor Dearnley said: “A meeting will be arranged with representatives of the academy and council partners to explore all options.

“I am very pleased so many people have signed the petition and are now supporting the use of the pool. I have tried to promote it many times and included it in my regular newsletter in my ward [Wardle and West Littleborough], and have always supported funding over the years for public use of the pool.”

Councillor Emsley added: "Having been involved in working towards the re-opening of the pool at Wardle, I fully understand the value of a swimming facility in the Pennines both for use by local schoolchildren in life-saving swimming lessons and for exercise and leisure in the community.

"I was contacted by residents in my ward and then, after reading the posts on social media, I approached CEO, Mark Moorhouse, to ask for discussions on the future of the Watergrove Pool. I have brought it to the attention of Councillor Allen Brett, Council Leader, who has given full support for members, council officers and Link4Life to seek a workable solution to the situation. Discussions are ongoing."

Mr Lloyd said “I am in close contact with Councillor Emsley, who is the Council lead member for Recreation. I know Councillor Emsley is bringing interested parties together to see what can be done to protect this valuable local asset.”