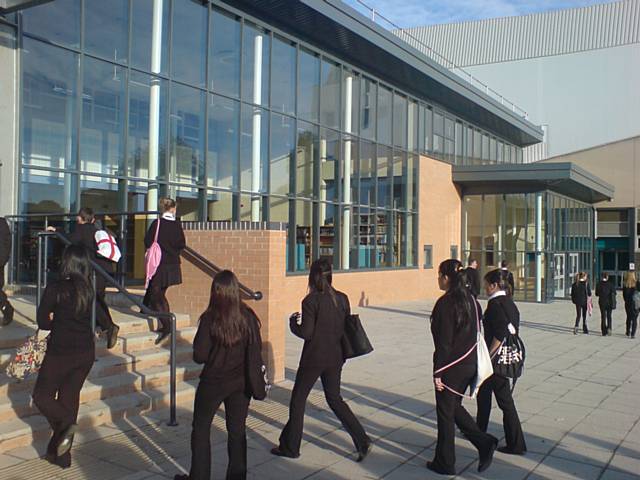 Oulder Hill Community School and Language College has been rated ‘Inadequate’ by Ofsted as it isn’t performing as well as it expected.

Following a visit in February, the Hudsons Walk school was rated ‘Good’ for behaviour and attitudes, and personal development; ‘Inadequate’ for leadership and management, and ‘Requires Improvement’ for its quality of education.

The ‘Inadequate’ grading follows its previous inspection grade in 2017 of ‘Requiring Improvement.’

Inspectors said pupils’ progress at the end of Year 11 declined in 2019, and that the school was ‘not as safe a place as possible for all pupils’, as “some safeguarding systems and procedures lack rigour.”

They said: “Pupils’ achievement is not good enough. Pupils’ progress at the end of Year 11 declined in 2019. Some teachers do not have high enough expectations and the curriculum lacks depth and breadth. The people who are responsible for this school have not ensured that it is as safe a place as possible for all pupils. Risks to pupils are not reduced as far as possible.”

Inspectors also said that the new curriculum had not been “fully planned or implemented”, current pupils “have gaps in their knowledge and understanding”, whilst the quality of curriculum planning and how well it is delivered varies a “great deal” across subjects.

The school was criticised for safeguarding, with inspectors saying, “too much is left to chance and there is a sense of complacency.”

Inspectors added: “At the time of the inspection, leaders’ approach to risk assessment did not ensure that potential risks to pupils were identified and addressed.

“Leaders have not ensured that pupils with special educational needs and/or disabilities (SEND) achieve as well as they should across the curriculum. This is because some teachers do not have the skills to adapt the curriculum so that these pupils get the help they need. The attendance of pupils with SEND is lower than that of other pupils nationally.”

A letter sent to parents by the head teacher of Oulder Hill confirms that the safeguarding issues raised have since been reinspected by Rochdale Council's safeguarding lead and an independent inspector, and have been resolved.

The external review took place in March and concluded the school is a safe place.

An extra education welfare officer has been appointed by the school to oversee SEND provision, and support families when SEND students cannot attend. A detailed SEND action plan has been written and is being delivered, supported by an outside consultant.

Inspectors noted many positives, such as pupils enjoying school, being tolerant of each other’s views, and that pupils’ personal development is a high priority of staff.

They said: “Since the previous inspection, leaders have successfully improved pupils’ behaviour and attitudes to learning. In most classes, pupils engage well in their learning. They enjoy the activities that their teachers plan for them. Teachers and leaders ensure that pupils understand the importance of good attendance. Most pupils attend school regularly.”

Pupils that inspectors spoke with said they enjoyed school, with older pupils saying the school was much better than at its last inspection. Pupils and staff were praised for working together “with a positive, respectful manner”.

The report’s authors say pupils feel confident staff can deal with incidents, pupils know who they can talk to and pupils display better behaviour, with incidents of bullying rare.

John Watson, head teacher at Oulder Hill, said: “Whilst there is much to be proud of in this report clearly everyone connected with Oulder Hill School is bitterly disappointed by the overall judgement. In our last inspection safeguarding was a real strength and a recent local authority inspection shows it is even stronger now.

“We accept that inspectors found some issues and I’m pleased that we have since put these errors right and had them signed off by the inspectorate. I want to reassure our parents and our pupils that safeguarding always remains a top priority for us.

“We will continue to work hard to address the issues in the report and we remain resolute in our focus on supporting our pupils to achieve the very best they can in a safe and welcoming environment.”

Zak Al-Hassani, chair of governors, said: “We are pleased that the inspectors recognised the significant improvements the school has made since 2017 in student behaviour and personal development and these are now both graded as 'good'.

“The inspectors recognised that we are quite rightly proud of our zero NEETs figure and our support packages for students at all levels. It was pleasing to read pupils saying they enjoy school, they are positive about their experiences and that bullying is rare.

“I’m delighted that we have been able to have our safeguarding work approved by the inspectorate since this report and I hope that will give our parents confidence in our work. The governing body will be working closely with senior managers to improve every child’s curriculum experience.”

Oulder Hill was given several recommendations for improvement, including effective safeguarding of all pupils through appropriate systems and measures, a well-planned curriculum for pupils to build on learning, teachers making sure pupils can retain what they’ve been taught, and supporting pupils with SEND to improve attendance and make sure they receive support and experience an ambitious curriculum.

Oulder Hill will become an academy and join a Multi-Academy Trust following this Ofsted report.