You are Here: Home » News » News Headlines » Heywood actor's indie film about domestic violence will donate half of its sales to charity 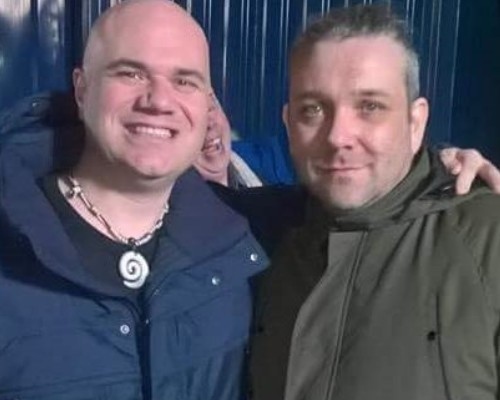 A Heywood actor has produced his own film about domestic violence, which will give 50% of its profits to charity.

Whilst statistics show most domestic abuse is carried out by men and experienced by women, Spoken Silence challenges the stereotypical view, taking the time to portray the crime from both viewpoints.

As many as one in four women, and one in six men, will suffer domestic abuse at some time in their lives: it can happen to anyone, regardless of age, background, gender, religion, sexuality or ethnicity.

Lee has described Spoken Silence as a hard-hitting ‘Shameless’ – a Channel 4 black comedy series which aired throughout the mid-2000s. Set on a fictional Manchester council estate, the series followed the Gallagher family and their friends and neighbours.

Filmed in Heywood and Cardiff, the independent film, which will be between 90 and 120 minutes in length, has even caught the eye of Californian media company Adler & Associates Entertainment and talk of Spoken Silence being exhibited at the Cannes Film Festival.

Lee has even been given permission by music producers to use a number of tracks in the film, such as those by Placebo and The Charlatans.

Lee – who has based the film on personal experience – explained: “Because it’s such an issue, I’ve decided to donate 50% of worldwide sales to charities related to the issues raised in my film.

“People don’t see it, as it goes on behind closed doors. I wanted [my film] to be as real as it can get; for people to relate to it.

“There's the other side of mental illness and want people to understand that depression is a killer. People don't speak out enough to others; they keep it all inside and then some end up taking their lives. It’s such a sad issue.”

He added: “I hope to help people and possibly make a change in someone's life. Even if it's just one person, if I can help them in any way, then that makes me happy.”

A former warehouse worker, Lee became an actor after appearing in the Channel 5 documentary, Football Hooligans, using that experience to inspire him to want to inspire others. He became a professional actor within 17 months, going on to be signed by JCM Management.

‘Spoken Silence’ is his first attempt at screenwriting, which is hoped to be distributed in 2021.