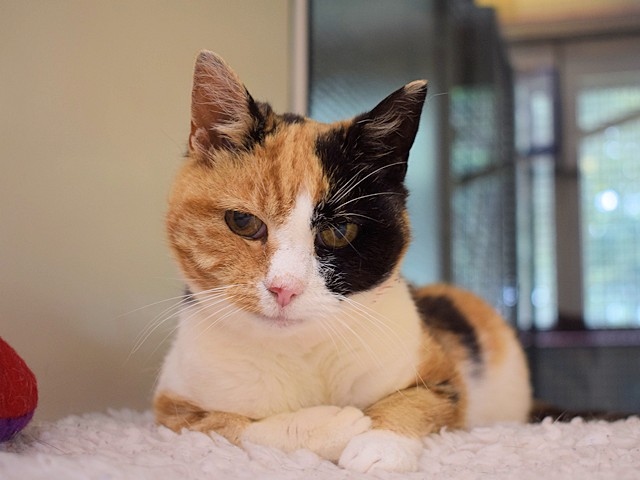 A cat has been found at a Loch Lomond campsite in Scotland 12 years after she disappeared from the area while her Rochdale owners were holidaying.

Tortoiseshell-and-white Georgie had spent October half term with her owners at a campsite 250 miles in Rowardennen on the shore of Loch Lomond in 2008 when she vanished just before the family was due to return to their home.

Despite searching the site, the cat, who was three-years-old at the time, was nowhere to be seen. Knowing she was microchipped, the family hoped to receive a call saying she had been found, but they did not expect it to take 12 years.

Georgie has become a beloved figure with campers since 2008 and it is likely she remained close to the Queen Elizabeth Forest Park site where her original family spent their break.

Since branching out on her own, Georgie has been fed and cared for by campsite staff and she regularly visits holidaymakers, wandering into caravans and campervans where she can often be found snoozing on people’s beds.

As a result of lockdown restrictions there will be no more camping in the area where Georgie was living until April 2021 and, worried for Georgie’s welfare while the site is empty, a concerned member of the campsite staff got in touch with Cats Protection’s Glasgow Adoption Centre for assistance.

As with any stray cat, cat carers immediately scanned Georgie for a microchip as soon as she arrived at the centre and found her owner was Amy Davies who lives in Rochdale. The phone number on Georgie’s chip was sadly no longer active but an email and letter were sent in the hope of reuniting Georgie with her family. 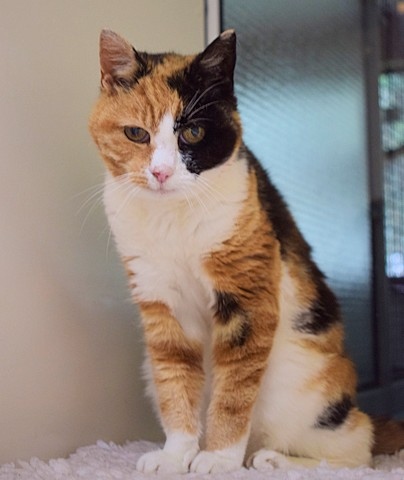 Having given up hope of finding Georgie, Amy was delighted to receive the letter from the centre.

She said: “We were heartbroken when Georgie didn’t come back on our last day at Loch Lomond. It was such a lovely surprise to hear that she was not only well but had seemingly been having a great time meeting campers. My instinct was to jump in the car and collect Georgie straight away but we have another nine-year-old cat now. When I spoke to the centre I knew our life now just wouldn’t suit Georgie as she doesn’t like other pets and needs space to come and go. It’s really sad that after all this time we won’t be reunited, but I have to do what’s best for Georgie.”

Lynsey Anderson, Senior Cat Care Assistant at Glasgow Adoption Centre, said: “We were amazed when we saw the Rochdale address on Georgie’s microchip. This really does highlight the importance of keeping chip details up to date. Without it we’d never have known Georgie’s history or been able to put Amy’s mind at rest after all this time. I could hear how much she wanted to come and see her but her concerns for Georgie’s happiness really shone through.

“We’re looking for a quiet home for Georgie where she can be the only cat, enjoy her space and have plenty of garden to explore. She’s very loving and enjoys human company so will make a brilliant companion.”

Microchipping is a simple procedure which involves placing a chip the size of a grain of rice beneath a cat’s skin. It contains an owner’s contact details and can be easily updated by a vet. It is a safe and permanent way to identify a cat and the best way to ensure lost cats are returned to their loving families.

Cats Protection is calling on UK governments to make microchipping compulsory for owned cats as it is for dogs. To sign the petition and find out more about the benefits of microchipping visit

For more details about Georgie or any of the cats at Glasgow Adoption Centre, visit www.cats.org.uk/glasgowac/adopt-a-cat or call the centre on 0141 779 3341.