You are Here: Home » News » News Headlines » Woman fined for refusing to self-isolate after Spanish holiday

Woman fined for refusing to self-isolate after Spanish holiday 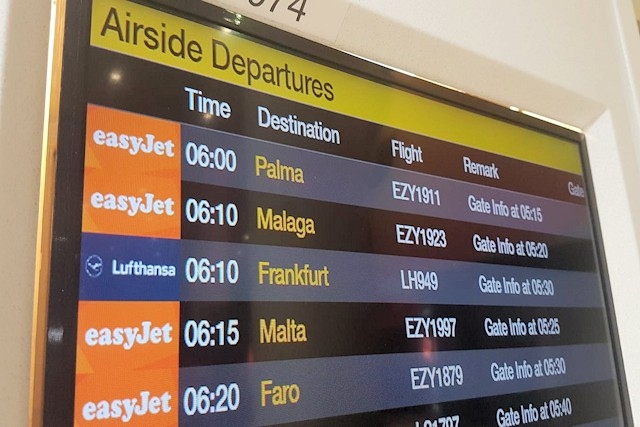 A woman has been fined £1,000 after refusing to self-isolate when she returned to Rochdale from a family holiday in Spain.

Rochdale Borough Council received reports that a family in Bamford had returned from Spain and were not self-isolating.

Council officers contacted the family, who admitted they were not self-isolating, and offered them guidance on the self-isolation rules.

The man was at home but the woman had left the house to attend work in a high school in Lancashire. GMP officers asked her to return home immediately and issued her with a fixed penalty notice of £1,000. The school is working with public health to address the COVID-19 risk.

Enquiries with Border Control confirmed that the couple had lied to officers about when they returned from Spain in an attempt to self-isolate for less time. GMP are considering taking further action against the couple on this.

Councillor Sara Rowbotham, cabinet member for health and wellbeing at Rochdale Borough Council, said: “Coronavirus has presented many challenges for our residents and we know that families have made sacrifices in how they live their lives. However we still need everyone to play their part in stopping the spread of the virus. Self-isolating is a vital part of this.

“We want to avoid enforcement where we can but this was a clear example of someone deliberately ignoring the rules for their own convenience. Irresponsible behaviour puts lives at risk and we will take action against people who show disregard for the rules.”

Superintendent Andrew Sidebotham said: "This is a really serious breach of the regulations as not only is someone leaving the house while they should be in isolation, they are also, knowingly, putting the pupils and other teachers attending the school at risk of contracting the virus. The risks around this are huge and far-reaching.

"I completely understand the last few months have been really hard for people as it's brought about a behaviour change and caused a lot of disruption, however, it's still really important for people to follow the regulations to minimise the risk of another spike in cases. One of the ways people can stop the spread is to self-isolate for the full 14 days when coming back to the UK as it can take this length of time for symptoms of COVID-19 to develop. During this time you could unknowingly pass the virus on to others, even if you don't have symptoms. Please remember to think of others, as passing this on to someone elderly or who is vulnerably at risk could have serious consequences.

"When contacted by PHE it's important to answer and respond, as once a case is referred to police, it takes up a number of resources in order to visit the address and make contact with the individual. As well as this officers are putting their health at risk by visiting someone who could potentially be carrying the virus. A risk that is preventable if everyone self-isolates as required."

For a list of countries where visitors are required to self-isolate upon their return to England visit:

If you know someone who you suspect is not self-isolating when they should be, email: