Social care spending in Rochdale is still £17.5k lower than 2010 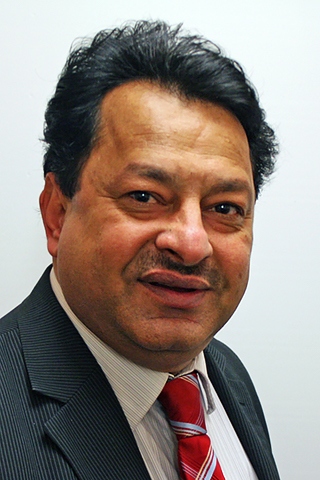 Annual adult social care spending in the Rochdale borough is still £17.5k lower than in 2010, according to new analysis published on Monday (7 September) by the TUC (Trades Union Congress).

Responsibility for delivering social care sits with local authorities, but the policy and funding framework is set by central government.

The TUC says social care in England has insufficient funding to meet demand, forcing councils to tighten eligibility and people to rely on informal care from family and friends – and it will be unable to meet future demand from a 49% increase in those aged 65+ by 2040.

The report, 'Fixing social care: better quality services and jobs', calls for a new funding settlement, immediate funding to fill all social care vacancies, fair pay and conditions for care workers, a national social care forum, a reduced private sector role and a universal service free at the point of use.

TUC regional secretary, Jay McKenna, said: “When communities in the North West needed them, our social care workers stepped up. Care workers looked after older and disabled people in the midst of a pandemic, often without the right PPE, and often for low wages and no sick pay.

“Now it’s time to fix the broken system. Social care is badly underfunded. Pay and conditions for care workers are dreadful. And families can’t be sure of high-quality, affordable care when a family member needs it.

“As we face mass unemployment, ministers should act to unlock the 120,000 existing social care vacancies right now. And they should put investment in social care at the heart of our national recovery plan.

“Social care jobs should be decent jobs on fair pay, at the heart of every community in the North West. The TUC’s plan sets out how a full funding settlement for social care would work. Ministers can’t spend another decade hiding from the social care crisis.”

Responding to the report, Councillor Iftikhar Ahmed, cabinet member for adult care, said: “This timely report lays bare the brutal level of government cuts, totalling over £180m, across our borough since 2010. Year in year out, we are asked to do more with less to support vulnerable residents and it’s simply not sustainable.

“If the government was serious about levelling up the economy, they would take action now to fix the broken social care system. Sadly, all we get is empty promises, further spending reductions and a failure to appreciate how bad the crisis is.

“It’s only thanks to the fantastic work of frontline social care staff that the system stays afloat but, without urgent government action, it could well sink and that would be a damning indictment of the austerity years.”

Conservative MP for Heywood and Middleton, Chris Clarkson said “reform is needed to encourage high standards across the whole country”, whilst the Labour MP for Rochdale, Tony Lloyd, called the cuts “cruel” and “cold.”

Mr Clarkson said: “I believe we must all receive dignified care in old age. With an ageing population, this is one of the biggest challenges our country faces.

“I support the government’s commitment to making sure that the most vulnerable in society gain the support they need. While it is important to note that more than 4 of every 5 people in care receive care from good and outstanding organisations, it is clear that more needs to be done to tackle this serious challenge – crucially by securing a long-term funding solution.

“I’m delighted that the Prime Minister has spoken of his determination to tackle this, stating in his first speech as Prime Minister that ‘we will fix the crisis in social care once and for all with a clear plan we have prepared, to give every older person the dignity and security they deserve’.

“Since 2015 local authorities have had greater flexibility over the use of the council tax social care precept, so they can choose to raise extra money, as well as retain savings from the New Homes Bonus, totalling £240 million. In the Spending Round in September, an extra £1.5 billion was made available to councils for adult social care services. This funding should be viewed as a significant down payment as we move towards a long-term funding solution.

“Money alone will not fix the problem and reform is needed to encourage high standards across the whole country. It is vital for us to consider ways of better joining up health and care services, and I am encouraged by the use of the Better Care Fund to assist local government and the NHS with the implementation of integrated health and care services.

“In the Conservative manifesto, on which I was proud to stand, it was made clear that we must build the same level of consensus on social care that we have already built on the NHS, across political parties, so that an answer can be brought forward that solves the problem, commands the widest possible support, and stands the test of time.

“I stand by this commitment and urge everyone of all political beliefs to take part in a conversation about establishing a care system fit for the 21st century.”

In contrast, Mr Lloyd added: “People reading this will know that Rochdale will never be classified as one of Britain’s richest boroughs. So it makes no sense that Rochdale has seen bigger cuts in its government grants, along with other North West councils, than have been seen, for example, in the prosperous South East.

“It makes no sense, except for the fact that the London Conservative government cares little for towns like Rochdale. But cutting the social care budget is even crueller. People who depend on that budget are either temporarily or in the long-term in need of our collective support.

“Common decency says that’s the right thing to do, so it is incredible that social care has seen some of the biggest cuts in our local budget. But this coinciding with the coronavirus pandemic, when Rochdale has been hit as hard as anywhere, is simply cruel.

“These statistics are cold – but not as cold as the decision makers who cut back resources that are vitally needed.”