Two arrested after woman threatened with knife during Rochdale robbery 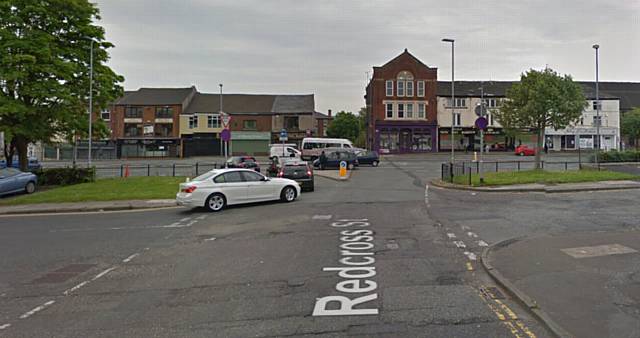 A man and a woman have been arrested after a woman was threatened with a knife and had her handbag stolen from her car in Rochdale.

The woman - aged in her 50s - was in her car on Red Cross Street at around 2pm on Sunday (6 September) when she was approached by a man purporting to be seeking help. She gave assistance to the man and drove him away towards Peel Street where he asked her to stop the car before turning and threatening her with a knife.

The man then made off on foot with the woman's handbag, leaving the victim uninjured but understandably traumatised.

Police have now arrested a 35-year-old man on suspicion of robbery and he is being questioned by officers.

A 28-year-old woman is also being held in custody, on suspicion of fraud and handling stolen goods.

Detective Sergeant Crystal-Dee Soutter, of GMP's Rochdale division, said: "This was a really shocking incident; a woman with such good intentions unfortunately found herself subjected to such an awful attack by a man whose mind-set could not have been more contrasting.

"We have two in custody and I hope that this news will bring reassurance to the local community, and particularly the victim who has been badly affected by this incident and was left understandably shaken.

"That being said, our investigation continues and anyone with any information or concerns should not hesitate in contacting police knowing information will be dealt with in the strictest confidence."

Anyone with information should contact police on 0161 856 8420. Details can be passed anonymously to the independent charity on Crimestoppers on 0800 555 111.