Confusion and anger as government takes control of testing system 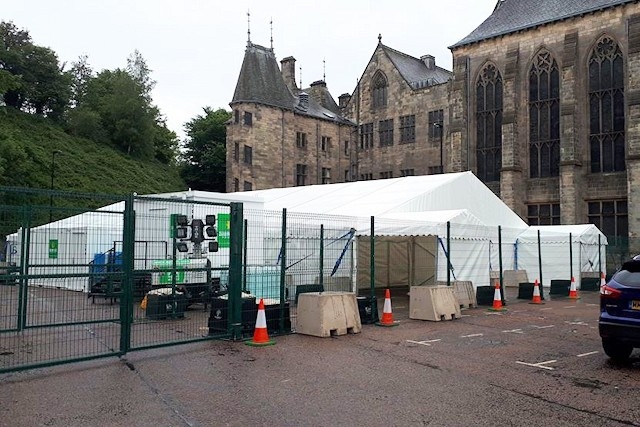 The coronavirus testing site at the rear of Rochdale Town Hall

People in Rochdale have been stopped from ‘dropping in’ at the borough’s coronavirus testing centres or using the council’s phoneline to book an appointment.

The borough has also had its permission to test people who do not have symptoms withdrawn.

The government has moved to take control of the testing system, as it came under massive strain after the schools went back and more people returned to the office.

Although the sites themselves are coping laboratories are understood to be struggling to process the huge number of tests currently in the system.

However, Rochdale residents have been assured they can still book appointments through the national website – but may have to be patient, as the government can take down testing slots to ensure that laboratories are not overwhelmed.

Reports from over the weekend suggested people were being offered tests at sites in places such as Doncaster, Birkenhead and Nelson.

It is understood that the council is currently working with the national system to find a solution, which will allow it to prioritise those who are most critically in need of an appointment – so the tests meet the outbreaks.

However, Sara Rowbotham, the council’s cabinet member for health and wellbeing, is furious that the government changed the system without talking to local authority bosses.

She said: “The success of preventing local and regional lockdown depends on a successful testing, tracking and tracing system.

“For weeks now, we have been encouraging people to take a test even if they have no symptoms.

“People have complied, they have done everything we have asked them to – and for this to completely collapse with no notice, no preparation is just outrageous.” 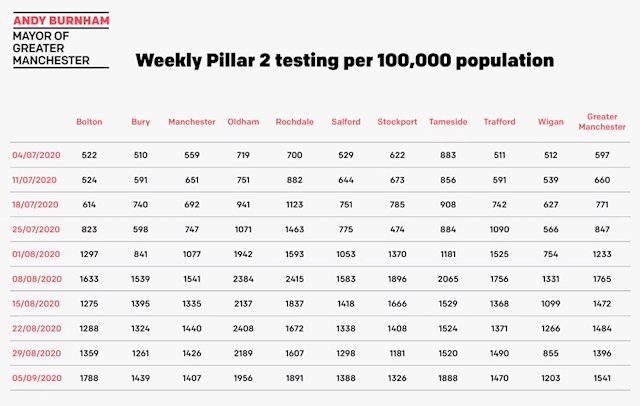 She called on leading Conservatives in the borough – including Heywood and Middleton MP Chris Clarkson and Tory group leader Ashley Dearnley – to join her in condemning the government for failing to ‘get its act together’.

She said: “If we are supposed to get a grip on this virus, we need it up and running. We were winning, we were getting there – to simply withdraw it with no notice is a total and utter shambles.”

Rochdale residents also had their say on social media.

Posting on Facebook Joanne Hilton said her grandson was sent home on Thursday but the nearest test site available was in Nelson, while others reported similarly frustrating experiences.

‘Carla BumBarla’ said: “I applied yesterday (live in Rochdale) and got a walk in appointment at Middleton for 6.30 but they had slots all day! It took a few attempts as they said they was receiving high volume, but managed fine after that.”

Sonya Louise O’Brien added: “It took about an hour this morning of constant refreshing of the page but we got one in the end for tonight (Monday).”

Hopwood Hall College is giving school leavers the opportunity to explore its one-of-a-kind campus as it holds a Virtual Open Event for Year 11s and their parents.

Local businesses and community groups have rallied together to offer free meals to families in Rochdale, following a government vote against extending free school meal vouchers...