You are Here: Home » News » News Headlines » Rochdale dad desperately needs kidney transplant as he fights for his life 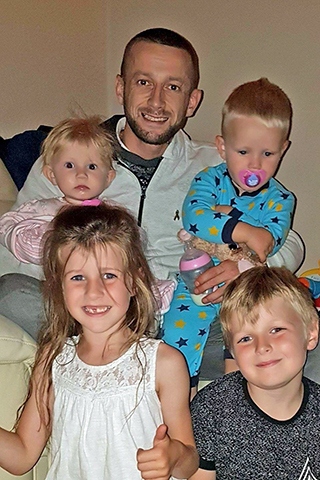 A Rochdale single dad with heart and double kidney failure is in a race against time to find a new kidney as he fights for his life.

Anthony ‘Enzo’ Evanz, 34, has been left fighting to save his life after suffering a stroke five weeks ago, which triggered the stage 5 chronic kidney disease, heart failure and hypertension in his brain.

Anthony, who has four children, had previously been diagnosed with a rare condition – nephrotic syndrome – on the day of his 23rd birthday, a kidney disorder which causes your body to pass too much protein in urine as the filtration process doesn’t work correctly. This has also caused simultaneous heart problems.

There are only a few people in the world with this exact combination of conditions, Anthony says, including the late New Zealand All Black rugby player Jonah Lomu. Lomu was diagnosed with nephrotic syndrome in 1995, undergoing a kidney transplant in 2004. He died unexpectedly in 2015 after suffering a heart attack related to his kidney issues.

Anthony is now staying at Salford Royal – and has just weeks to live. After undergoing numerous biopsies and blood transfusions, Anthony discovered his kidneys had quickly deteriorated, going from stage 2 kidney disease to stage 5 in that time. Now the dad of four’s body isn’t producing enough red blood cells, leaving his kidneys functioning at just 10% of what they should be - with an expected drop each week of a further percentage.

He has also been diagnosed with a myriad of medical conditions stemming from the nephrotic syndrome, including inflammatory bowel disorders Crohn’s disease and ulcerative colitis, diabetes, high cholesterol, scarring on his eyes from the high blood pressure, plus two hernias.

When his kidney function reaches 8%, Anthony will have to have dialysis to keep him alive, as they will no longer be functioning enough on their own. He has agreed to undergo dialysis at hospital, as there is a lower risk of infection. But due to how dialysis works, the healing process would take longer than Anthony has – whilst his kidneys continue to deteriorate despite treatment.

He says his only option is to find a suitable donor – and hope his body does not reject the transplanted organ. He needs to be added to a live donor list, taking six weeks to find a match, and a further six months – time he doesn’t have.

Anyone can sign up to be a donor, and a match depends on a blood test. 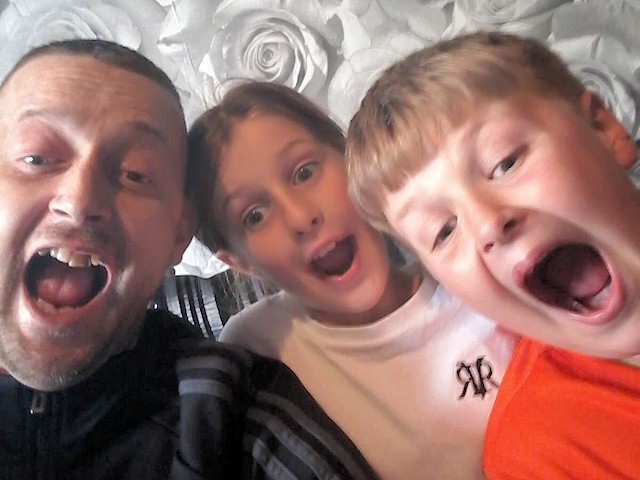 Anthony says his only option is to undergo private healthcare abroad, which could cost up to £50,000 before his kidneys deteriorate to the point that surgery wouldn’t be possible.

He said: “I’ve got a time limit to find a suitable donor before it’s too late. My only real viable option and best outcome is to try and raise money to start the process privately and pay for treatment in one of the four countries which can legally do this.

“I don’t want to consider end of life treatment. I only get one shot at this; I want to make sure I do the best chance possible. It’s more complex than any other kidney transplant; it’s vital and urgent because I’m losing function. At zero, I won’t be able to stay on dialysis, and it takes six weeks for it to gel so it can be used. In those six weeks, my kidneys will go down by six percent – too low for dialysis, flying or going abroad for treatment. If my kidney production maintains a level, that will be perfect, but at the moment it’s dropping. Nothing is stopping it.”

Anthony also desperately needs people to help fundraise, run his Facebook page ‘The Enzo Foundation’ and assist where they can, as he is trying to run everything himself and set up the Enzo Foundation as an official charity.

“I want something to come of this, so my life has had meaning. The foundation is driving me forward,” he said, after describing how talking to his children had been easier than he expected “as they had been so positive and grown-up” about his situation.

His children have also told him they want to carry on the foundation even if things come to the worst and their dad doesn’t make it.

“They’ve accepted I might not be around, but they’re willing to carry it on in my memory.”

Anthony admitted: “I should be resting. I just need people to help with what they’re good at, please help out. If I don’t make it… [with the Enzo Foundation] at least I’ll have left a legacy for the children and a foundation to help others before they find themselves in this situation.

How you can help

If you can donate to help Anthony with transplant costs, please visit:

If you want to know more about donating a kidney, further advice is available via: