You are Here: Home » News » News Headlines » Burnham calls for govt to offer recompense to university students if lockdown continues 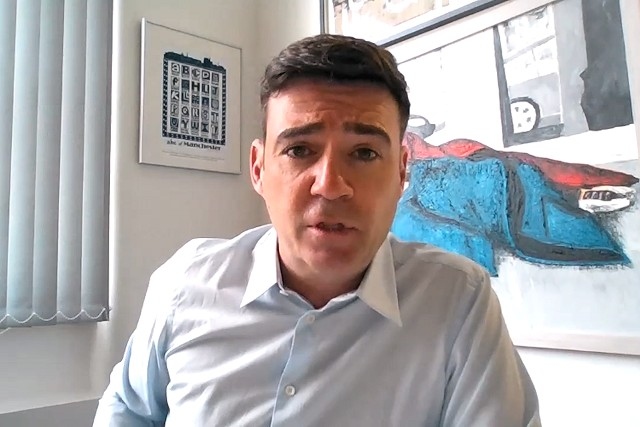 Andy Burnham at the press conference on 7 October

Calls have been made on the government to recompense students at Manchester universities if they are forced to remain in lockdown with online lectures for a ‘prolonged’ period after several Covid-19 outbreaks.

Andy Burnham, mayor of Greater Manchester, said it was unfair for students to continue footing the £9k-a-year for tuition when they were not getting the ‘full university experience’.

Most students at Manchester Metropolitan University (MMU) and the University of Manchester (UoM) will be taught online until at least 30 October.

This is because the number of Covid-19 cases is escalating at MMU with more than 500 students and staff testing positive for the virus.

Around 1,500 students at the university’s Birley and Cambridge halls of residence have been told to self-isolate for two weeks following an initial outbreak last month.

Anyone who has tested positive for Covid-19, or has been contacted by the national test and trace service, is now legally required to stay at home for the same period of time.

But Mr Burnham argued that the government should do more to support students, some of whom also suffered disruption with their A-levels during lockdown, if disruption at MMU, and other universities, continues into the weeks and months ahead.

He told a press conference on Wednesday: “If they’re going to have prolonged teaching online, is it fair that [students] are left paying the full £9k-a-year when they haven’t had the full university experience?

“I would say not if this goes on and on. If it is a two-week isolation, that can happen to anybody and that’s something we’re all having to live with at the moment.

The number of house parties being reported in student areas like Fallowfield and Withington, which had ‘rapidly increased’ as students returned to the city, is said to be reducing.

Fines are still regularly being handed out to those involved in the illegal gatherings, and in some repeat offenders are close to losing their place at university.

Work is ongoing between Manchester Council, universities including the Royal Northern College of Music (RNCM), and private providers like Unite to ensure there is ‘effective management’ of student accommodation.

Sir Richard Leese, leader of Manchester Council, said: “The universities themselves are doing an awful lot to make sure that they do support students, and that they recognise that this can put a lot of stress on individuals.

“For some of them this will already be a stressful time coming to university in the first place.”

When asked about online teaching Sir Richard said that students requiring lab access can still use the facilities, while students at RNCM can still use rehearsal rooms.

He added: “The measures the universities have been taking has ensured that students are still getting all the tuition they need and expect.”