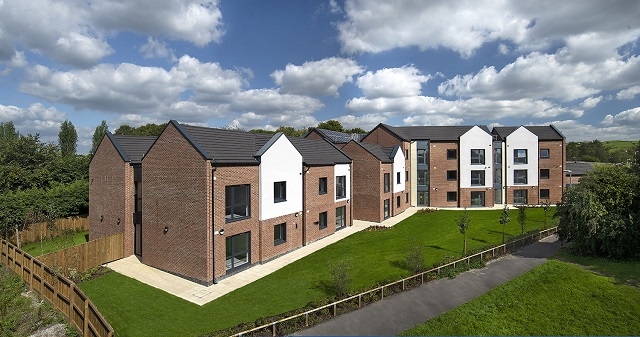 Work on the controversial supported living apartments on the car park of the former Ladybarn in Milnrow has been completed.

Known as ‘River Beal’ after the local river, the £5.7 million scheme features 37 apartments, allowing tenants to live independently but with access with specialised care and support from Future Directions, who will provide the care package at the accommodation.

Construction started on the Milnrow project last year, being completed in September.

Michelle Rimmer and Gordon Barton, Managing Directors at Partners Foundation, said: “Our tenants have been at the heart of this project from start to finish and the build has met all our expectations in terms of space for people to socialise, onsite café which will create job opportunities, outdoor space and has that feeling of being part of the community.

“We are excited to be welcoming our tenants to their new homes with the support of Future Directions.”

Hundreds of objections were received in 2018 opposing the plans, which originally proposed 42 supported living apartments built over three blocks with 28 car parking spaces, a café and shop unit.

Concerns raised  at the time included the building being ‘too big’ and ‘too close, an ‘overdevelopment’ of the site, and three nearby properties having no privacy due to the location of the development. 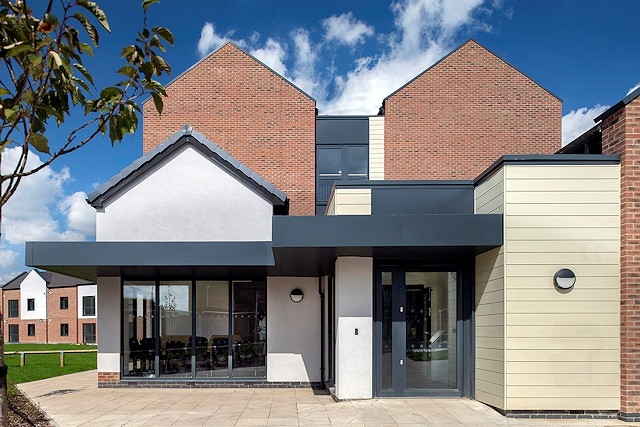 River Beal has been built by energy and regeneration specialist ENGIE, on behalf of Partners Foundation, allowing local students the chance to learn about its construction. It has been created using a Modern Method of Construction out of timber known as SIPs (Structural Insulated Panels) which are then wrapped with traditional building materials.