You are Here: Home » News » News Headlines » More than 120 positive coronavirus cases have been recorded across Heywood in one week 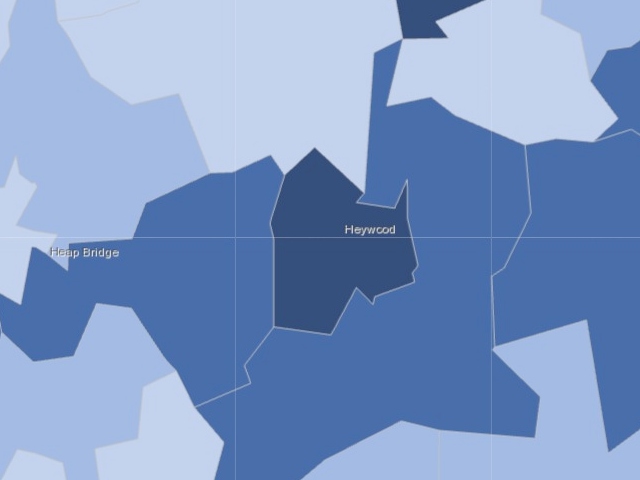 Heywood Town was the worst affected area in the borough of Rochdale during the seven days to 4 October, registering 47 cases.

This was the highest number of anywhere outside of Manchester, which has seen rates soar among the student population, and Oldham.

The most recent infection rate figure for Rochdale, for the week to 5 October, stands at 363 cases per 100,000 people.

The figures from Public Health England are sure to cause significant concern in the borough, which is battling the second highest infection rate in Greater Manchester. 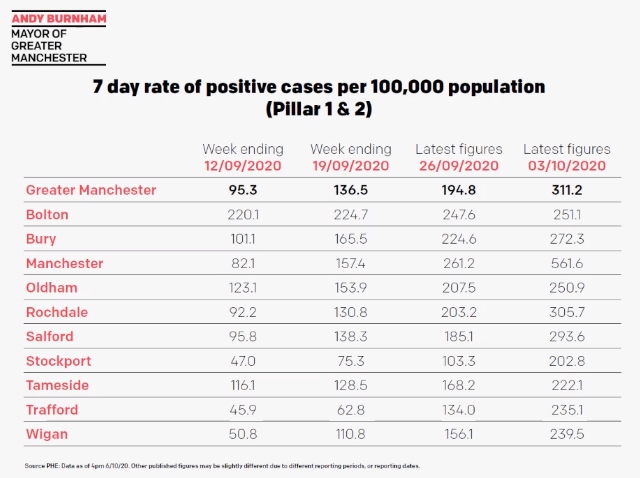 Council leader Allen Brett said it was uncertain what was driving the spike in cases due to recent problems with the track and trace system.

Nearly 16,000 cases were ‘stalled’ in the national computer system between 25 September and 2 October – raising serious questions about thousands of missed opportunities to trace potential contacts.

However, Councillor Brett said he understood the main problem was among the under-30s as they ‘tend to socially mix more’ but his fears were for the older population.

He said: “The worry is if they then go back and meet elderly people which are the ones affected.

“Obviously any cases are a worry but if it’s confined to the youth part of the population it’s not a health threat as they tend to recover quickly, or within the expected time.

“If that then spreads into the more elderly population it’s a worry.”

Heywood North councillor Liam O’Rourke said the cause remained something of a mystery.

He said: “I think the reality is we are going through what looks like the start of the second wave and none of us are sure what’s going to happen at this stage – which is made even more confusing by the mess of messages we are getting from the government.”

However he did think transport could be a factor.

He added: “People in Heywood are more likely to use buses or public transport. I would like to see more regular buses so people are more spaced out at rush-hour.”

Other areas of concern in the Rochdale borough include Hurstead & Smallbrige and Norden East & Bagslate Moor – which both recorded 40 cases over the same seven days.

Numbers in the central areas of Rochdale also remain high – typically between 30 and 40, where areas within Middleton recorded fewer than 30 cases each during the seven days to 4 October.

The areas being used by PHE are Middle Layer Super Output Areas (MSOA) used for the reporting of small area statistics in England and Wales. Although some of the MSOA in the borough of Rochdale have the same names as certain electoral wards, an MSOA is not the same area or population as an electoral ward. The minimum population of an MSOA is 5,000 and the mean is 7,200.