You are Here: Home » News » News Headlines » Complaints following parking fines issued by property company for land in Milnrow that it does not own 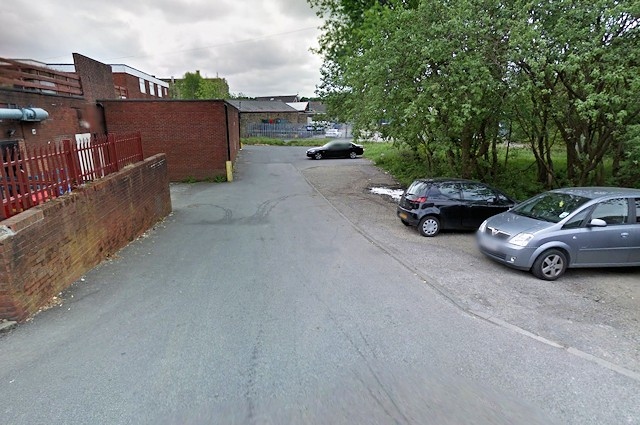 A property company has been issuing fines to people for parking on land it does not own.

A sudden glut of penalty charge notices for parking behind Milnrow Precinct during lockdown began landing on people’s doormats in August.

The £60-rising-to-£100 penalties were issued by Parking Eye on behalf of Salford-based Welcome Estates.

But many of those hit with a fine say they were parked on the gravel area at the rear of the shops, off Stone Street – which Welcome Estates does not own.

It does own the tarmacked area next to it, but the position of the camera was such that it captured people entering and leaving – not where they had parked.

Milnrow and Newhey councillor Andy Kelly says the fines have caused much avoidable distress, particularly to those who have since received a debt collector’s letter.

He is now demanding that all fines are quashed and those who have paid up get their money back.

Councillor Kelly said: “The way the camera was positioned, it was literally taking a picture of you coming in and going out again. It’s assuming they have parked. They can’t prove it was parked on their land or the other land. They can’t prove where anybody has parked.”

It isn’t the first time parking at the same spot has sparked controversy.

Councillor Kelly says there is no excuse for the same thing to be happening again just months later.

“It’s just out-and-out wrong, there’s not even a political game to be had. Even 50 fines is between £3,000 to £5,000 in parking fines being issued – and that’s only the people I know about from social media. Surely there will be countless other people who paid up and moved on.

One of those hit by a fine over the summer was 19-year-old Rohan Young.

He had returned from university during lockdown and had parked in the gravel area while he visited a friend’s grandmother – who lives above the precinct – and got something to eat.

Having grown up in the area he said parking there had been commonplace and he had not noticed any signs to suggest anything had changed.

“I think it’s a bit sneaky really, what they are doing, trying to get people fined for it, everyone knows that for years you have been able to park on it and it’s never been a problem.

Rohan appealed the fine but did not hear anything back.

But after returning to university in Leeds to continue his songwriting studies a debt collectors’ letter was delivered to his family home.

“I’m at university in Leeds, my mum opened the letter – it’ s not great when your mum is opening a letter from a bailiff,” he said.

“She sent me a picture saying ‘what the hell is this’? I had to say ‘I don’t know either, Mum’.

“I don’t intend on paying it, I don’t think it’s very fair. I want to be able to not pay it but I don’t know what I’ll do if the bailiffs knock the door.”

Natalie Vellacott had parked on the gravel area on 13 June – the day she moved to Milnrow from Oldham.

Yellow line restrictions mean she can’t park outside her new home, in nearby Stone Street, so it seemed the obvious place to leave her car.

But several weeks later she and one of the friends who helped her move both received fines through the post.

Both have since managed to successfully appeal the charges.

But others – such as Natalie’s parents – are still battling to have their fines overturned.

The 38-year-old church worker is still angry that others are still being pursued for money when the land in question does not belong to Welcome Estates (the council sold it to Hawkstrong Properties in March).

She said: “I thought it was outrageous, they have gone back through their cameras to the start of lockdown period and sent out a mass of tickets, dating back to May.

“Parking in most places was suspended, but this company has done the opposite, gone and ticketed everyone when the shops were closed anyway.

“They have already done this last year, and been told to take the signs down. They know exactly which part they own, they must have thought they would catch people.

“It’s a fishing expedition, and they were hoping that people who had parked there – even if they can’t prove it – will pay the fine. A lot of people have paid the fine assuming they are in the wrong.”

She added: “Some people have appealed and lost their appeals. It makes you feel powerless, really. Fortunately, I’m in a position where I’m able to afford it, but I know there are some people who can’t.”

A ParkingEye spokesperson said: “We are aware of the local efforts to find a solution to this issue and we are working with those to come to a suitable outcome for all. As ever, all motorists are entitled to appeal their PCN via our BPA (British Parking Association) audited appeals process, details of which can be found on all our correspondence.”

Welcome Estates did not respond to several requests for a comment.