You are Here: Home » News » News Headlines » Hertfordshire man with links to Rochdale convicted in his absence after ordering grenades on dark web 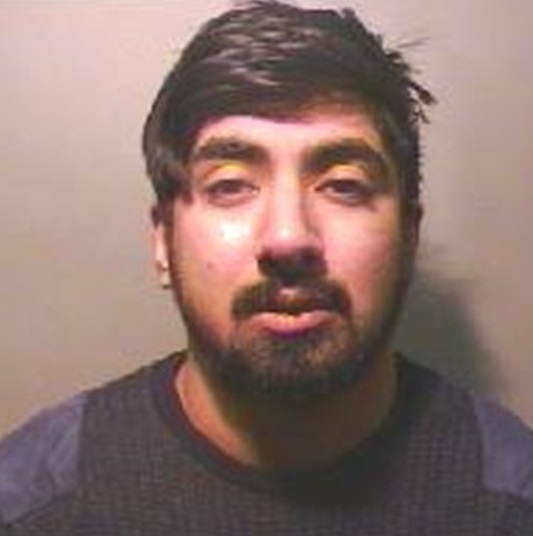 A man from Hertfordshire with links to Rochdale is wanted by counter terrorism police after being convicted in his absence after ordering grenades on the dark web.

Mohammed Humza was 26 when, in July 2016, he used the dark web to try and purchase two grenades from an international seller.

Using Bitcoin to pay for the items, Humza listed another address for delivery, in an attempt to avoid detection.

Although the order wasn’t completed, he continued to contact the seller, enquiring about the availability of more grenades and explosive materials, along with a detonator fuse.

Officers from the Eastern Region Specialist Operations Unit arrested Humza at his Watford home in November 2016.

After searching his address, a number of his electrical devices were seized and examined by investigators. They were found to contain evidence of Humza’s intent to purchase the items, including searches for ‘F1 Grenade’ and login details for his dark web account.

Now 29, Humza had pleaded not guilty to possession of an explosive substance for unlawful purpose, contrary to section 4(1) of the Explosive Substances Act 1883, but was convicted following a trial at the Central Criminal Court.

He had been bailed prior to the trial but failed to attend throughout, and it continued in his absence.

Detective Chief Inspector Trevor Davidson, Head of Investigations at ERSOU, said: “This has been a lengthy investigation which involved extensive work with international law enforcement colleagues to ensure Humza was convicted.

“Although there was no risk of the items being delivered, the weight of evidence gathered by ERSOU’s investigators meant that there was no doubt these were his actions.

“Our focus is now on ensuring Humza is located and faces the sentence he will be given, and I would urge anyone with information to contact police immediately if they see him or have any information on his whereabouts.”

Humza is described as 5’8”, Asian and of medium build. In addition to Watford, he is known to have links to Birmingham, Luton and Rochdale.