Whitworth staff and students complete miles between school and Uganda 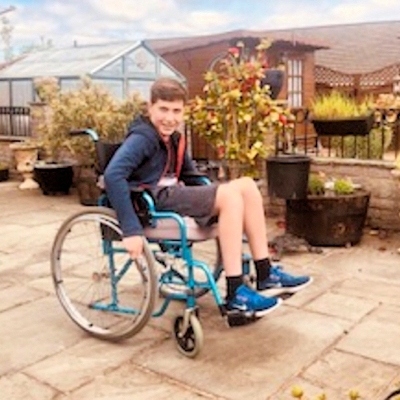 Staff and students from Whitworth Community High School were set the task of walking the distance between their school and Uganda.

Head of English Peter Williams is a trustee of the charity Drumbeat UK, which helps orphaned children in Uganda.

Head of PE Will Cawley said: “We ​launched a challenge to engage our students and help a good cause in difficult times. We set out with the daunting task of cover​ing the 10,000km distance from Whitworth to Kampala in Uganda. ​

“We were honestly unsure of whether this was achievable. Staff and students were encouraged to run, walk or cycle any distance then the total was calculated each day to find out how far we had travelled.”

The challenge was set initially for three weeks, but there was such a good response in just two-and-a-half weeks, they had managed to complete a staggering 14,015km.

Bradley Shires, 13, from Healey, walked over the moors for several days, did some jogging and after a cycle ride round Falinge Park he called in on his grandfather who uses a wheelchair.

His mum Emma said: “He then asked if it was ok if he could complete a few more miles wheeling his grandad’s wheelchair up and down the street. His grandad was happy to let him.”

Mr Williams said: “Through sponsorship, we also managed to raise more than £1,000; thanks to the generosity of staff, parents and even students who actually gave up their own pocket money and savings to contribute.”

The Drumbeat Children’s Foundation, the charity’s name in Uganda, was set up by Mr Williams’ father, also called Peter.

The family visit every year and have seen the difference the charity has made first hand.

The money has directly helped orphaned children by providing food and medical treatment after storms destroyed crops, this was just as the Covid-19 crisis hit Uganda.