You are Here: Home » News » News Headlines » Pop-up birthing centre will not open in ‘near future’ due to Covid concerrns 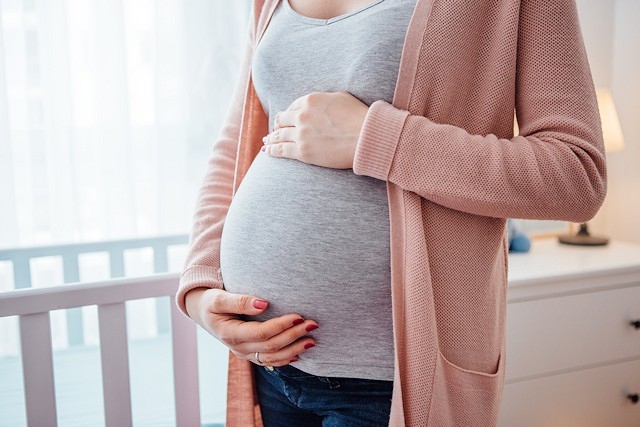 A pop-up birthing centre that would have seen maternity services return to Rochdale for the first time in nearly a decade will not open in the ‘near future’.

The facility – for women having low-risk pregnancies – was due to open at Rochdale Infirmary after health officials signed off on a 12-month trial last year.

Expectant mums in Rochdale have had to travel to Oldham to give birth since the former maternity unit was closed down in 2011.

However, the impact of the coronavirus pandemic has led to the plans being shelved until further notice.

The news comes as a blow to Friends of Rochdale Maternity Care (FRMC) and others who have campaigned to bring services back to the borough.

Simon Mehigan, director of midwifery at the Northern Care Alliance (NCA), has explained the decision in a letter to FRMU chairman Mohammad Hanif.

It reads: “As I am sure you can appreciate the COVID19 pandemic is still an everyday part of life in the NHS.

“With the likelihood of a second wave of hospital admissions together with the impact this the virus is having on the staff in maternity, we unfortunately feel that it would be unsafe and unwise for us to open the ‘pop-up’ birth centre in the near future.”

Mr Mehigan said he understood the news would come as disappointment, but did not want to set the birthing centre up to fail.

“I hope you will understand that I do not want this service to fail and I feel very strongly if we were to open it in the near future with our current pressures around staffing, it would prove unsuccessful and unsustainable,” he continued.

However, he stressed that the NCA was still committed to providing the service in the longer term.

He added: “I hope you believe me when I say that I am looking forward to the day we can stand together at the opening of the Rochdale ‘pop-up’ birth centre.”

Mr Hannif said he was ‘disappointed’ and ‘frustrated’ but understood Mr Mehighan’s reasoning. He is hopeful there will be better news when he is next updated in January.

Reassurances that maternity services will return to Rochdale were well recieved at a full council meeting this week.

Councillor Faisal Rana, who moved a motion ‘warmly welcoming’ the commitment, spoke on the matter.

He said that since services were transferred to a specialist unit at Royal Oldham Hospital, there had been a gap in provision for ‘non-complicated’ births in Rochdale.

“An important part of the jigsaw was missing,” he said.

“The midwife-led birthing centre at the infirmary is the answer. It offers more choices and options for the mothers and is a welcome and important addition to the health services in the borough.”

Councillor Danny Meredith – who works as a nurse – said he hoped this would be a ‘stepping stone’ towards further investment.

He said: “It’s great we are getting a birthing centre in Rochdale and I want to see more acute services and more community services being invested back into Rochdale.”

The centre – which will not have a birthing pool – is intended for women who would ideally choose a home birth, but whose circumstances do not allow, due to space and privacy issues.

Health officials gave the nod for the year-long pilot following the recommendation of the Better Births review and years of campaigning by Friends of Rochdale Maternity Unit (FRMU).

Once the centre is open, mums-to-be will meet an on-call midwife at the centre – which only has capacity for one birth at a time – and return home within three hours of giving birth.

Those who need further care will be transferred to the Royal Oldham Hospital.

Rochdale Online provides local community news and an events diary, as well as local business and community listings. To continue providing these services we are asking for your help and support.
Win a signed copy of Butcher Boy book

Enter our competition to win a signed copy of this new book by local author John Matthews about his father's chain of butchers shops in Rochdale.