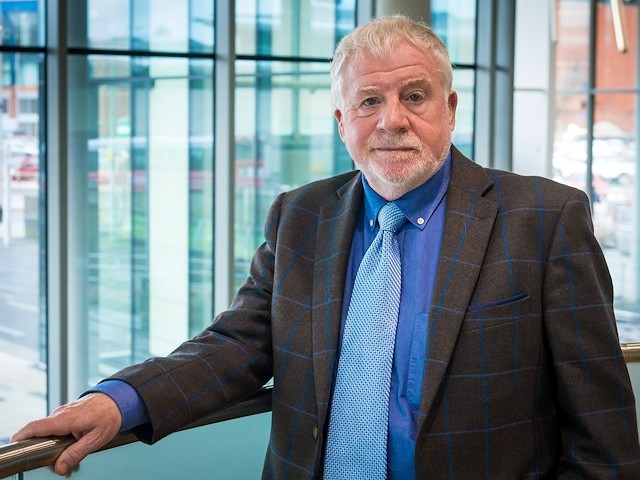 Allen Brett, leader of Rochdale council says admissions to hospital and intensive care units are his main concern after the borough’s infection rate became the highest in the region over the weekend.

Latest Public Health England figures show there were 454 cases per 100,000 people during the week to 14 October.

The 12% week-on-week rise has seen it overtake Manchester – whose problems largely relate to the student population – as the worst hit in the conurbation.

It is the first time since July that Rochdale has recorded the highest figures in Greater Manchester.

The council leader does not believe the borough’s position situation has materially changed since last week.

“Obviously it’s a worry but I don’t think it’s any different to what it was a week ago,” he said.

Documents leaked to The Guardian have raised fears the region’s hospitals could run out of beds amid a resurgence of the virus.

By Friday 82% of critical care beds in Greater Manchester, were reportedly being used by coronavirus patients or those critically ill with another illness – with hospitals in Salford, Stockport and Bolton already at maximum capacity.

Although clearly worrying, a spokesman for the NHS in Greater Manchester has said the figures are not unusual for the time of year.

Asked what the situation was in Rochdale, Councillor Brett said figures were ‘creeping up’ but he had not received a ‘red alert’ over the situation.

Councillor Brett said the spread of the virus to more vulnerable people in the borough remained his major concern.

He said: “The infection rate, if it’s among younger members of the population, although they can spread it around, they are not likely to develop worse symptoms and go into ICU.

“The big worry is the elderly population and those with underlying health problems.”

As the region’s stand-off with central government over moving into Tier Three restrictions continues Councillor Brett said it was also important to look at the wider picture regarding health.

The issue of whether gyms would have to close – as they have in the Liverpool city region- was a case in point.

“We have a strange situation where people are sometimes sent to gyms by their GP or hospital to get fit and we are thinking of closing them,” he said.

“The government is saying to us it doesn’t want the health service to be overwhelmed. We don’t want it to be overwhelmed – but by closing things like gyms, are we going to put pressure on other areas of the NHS?”

Councillor Brett shares Mayor Andy Burnham and his fellow council leaders’ position that further restrictions without an adequate package of financial support would be ruinous for businesses and jobs.

He said: “Nobody is saying to us ‘go into Tier Three for four weeks and at the end of the four weeks you will be out of problems. Nobody can say that or guarantee it, it’s really worrying.

“We could get to the end of four weeks and be told we need to do more – or Tier Three-plus. It’s very frustrating and very worrying.”