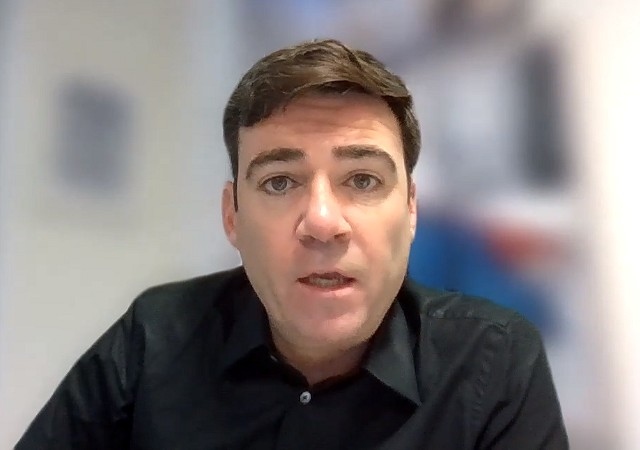 Andy Burnham at the press conference on 18 November

Andy Burnham has warned against the introduction of ‘permanent’ coronavirus restrictions once the national lockdown ends.

The mayor of Greater Manchester says talks are underway between local leaders and the government about what will happen after 2 December.

Changes to the national tiered system of restrictions were being considered according to Mr Burnham, though he admitted that it was likely that Greater Manchester would remain in Tier 3.

In their decision-making the government has been urged to consider the fact that Greater Manchester has been under tighter measures for four months.

A ‘clear downward trajectory’ in Covid-19 cases across the region could also work in their favour, suggested Mr Burnham. 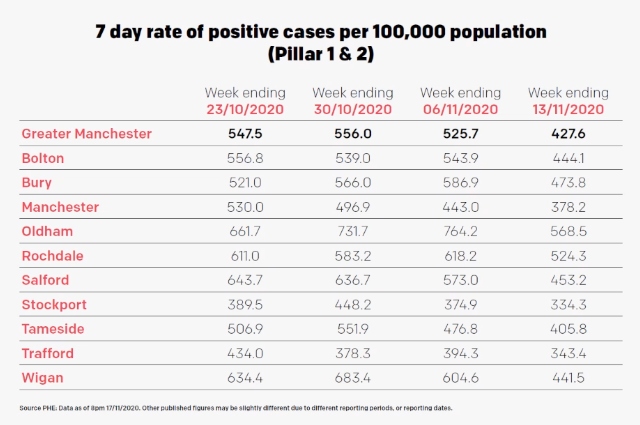 But he told a press conference on Wednesday that the government was running the risk of trapping the poorest areas of England in lockdown.

“I don’t think asking people to live under permanent restrictions is a doable prospect at this time of year, said Mr Burnham.

“It’s why I asked for a sharper circuit break a few weeks ago so we could have put ourselves in a stronger position.”

Mr Burnham said the conversation of funding, which proved to be a flashpoint between the Greater Manchester combined authority and the government, would have to be revisited.

According to the mayor the £60m offered by the government is all the city-region will get no matter how long it stays in Tier 3.

He said: “That’s even if it continues right up to the end of the financial year. That doesn’t seem right at all to me.”

The same funding formula for Covid-19 support was being given to local authorities across the country, regardless of what tier they fall under, according to Mr Burnham.

Unless the government changed their approach, this would not be enough to avoid ‘significant damage’ to the local economy.

Mr Burnham said: “A formula solely based on population does not take into account the number of businesses in a city-region, and particularly in a city centre.

“We believe the approach taken here could be very damaging to cities going forward.”

The mayor repeated calls for local authorities to receive ‘summary closure powers’ to target venues not deemed to be Covid-safe.

He also said the closure of leisure centres and gyms needed to be reconsidered as many people would be finding it harder to safely exercise in inclement weather and with the nights drawing in.

Mr Burnham added: “Giving people access to physical exercise is critically important for their mental health and there’s no real evidence to suggest gyms or leisure centres are major sources of transmission.”