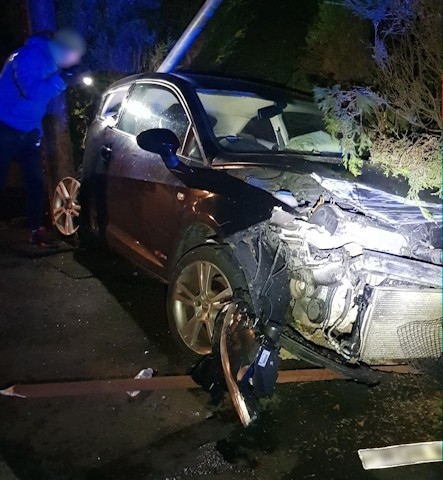 The vehicle after the crash on Blackstone Edge Road

The black Seat Ibiza was travelling towards Littleborough shortly after 5.10pm where it crashed near the Rake restaurant.

Police have confirmed no injuries have been reported and no arrests have been made.

The driver is understood to have fled the scene, according to a local eyewitness, who says the car was being driven “recklessly” at well over the 30mph speed limit.

The eyewitness added: “It was incredibly lucky that no-one was seriously injured or killed.”