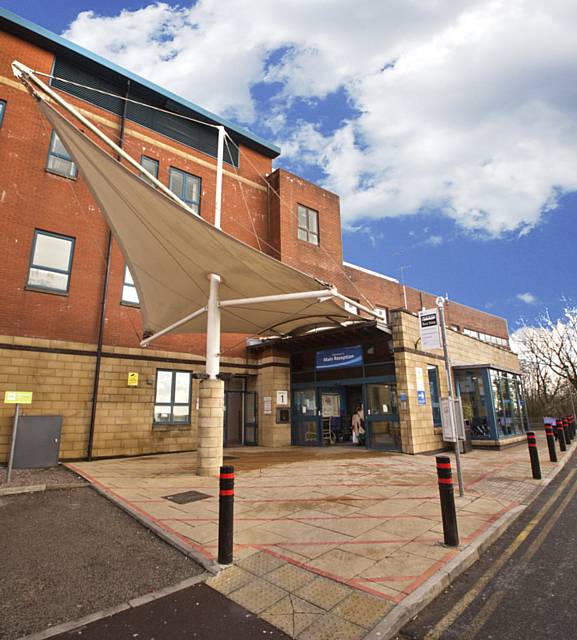 A nurse who administered morphine instead of noradrenaline to a patient at Fairfield Hospital has been struck off – nine years after making the error.

Priscila Rubb, who was a staff nurse at the hospital when the incident occurred in May 2011, has now been struck off following a private hearing by the Nursing and Midwifery Council earlier this month.

On an afternoon ward round in May 2011, Rubb administered morphine instead of noradrenaline to an individual referred to as Patient A, a fitness to practice review heard. The morphine dose given was also higher than the usual prescribed dosage.

The nursing regulator also found Rubb had failed to ensure the infusion was checked by another member of staff; did not carry out appropriate observations of Patient A before, during or after administering medication; did not ensure clear and visible labelling of the drug being administered; and prepared the 50ml morphine syringe in advance of it being required.

Rubb had initially served a 12-month suspension following a hearing in 2013. A later review hearing ruled she could return to practice, but with conditions restricting her work.

This order had been extended on multiple subsequent occasions, with the final due to expire on 16 December.

The fifth reviewing panel said despite the conditions, Rubb’s practice had remained impaired, leading it to consider a striking off order. She had been dismissed from the hospital in 2011, is no longer working for the Pennine Acute Hospitals Trust, and had been working as a carer with an agency since her dismissal.

It also said Rubb had failed to carry out a return to practice course, despite informing panels twice that she would undertake the course as she 'would love to get back to nursing practice'.

The panel concluded that a striking off order was the only sanction to protect the public and maintain public confidence in nursing.

Ordering Rubb to be struck off, panel chairman Anthony Kanutin said: “The panel was of the view that your inaction in this area evidenced a lack of professionalism and effort on your behalf to do what is required of you to return to practice.

“You indicated that you would be undertaking a return to practice course, and have failed to apply for any places to date, despite being told by the last two previous occasions that a strike off order was likely to be considered.

“You have not provided any testimonials from your current place of work, evidence of journals read, or provided a reflection on past events; the panel was of the view that these were all efforts that could have been undertaken by you despite not being in a nursing role.

“In light of your nine years out of practice, and no evidence of you having kept up to date with your nursing skills, the panel was of the view that it would not be possible to formulate conditions of practice to address your deficiencies as nurse, as this would now go far beyond the original misconduct identified.”