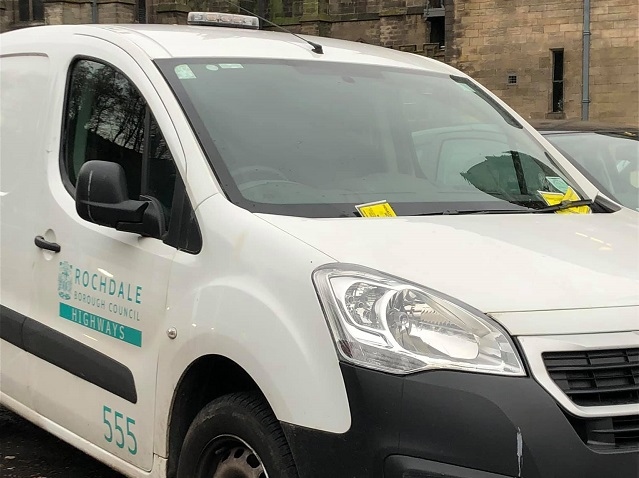 The council van was given several parking tickets

A council vehicle with several parking tickets was spotted on the town hall car park earlier this week.

The highways van had been issued with at least three parking fines as it had been parked for several days on the car park.

However, the tickets have now been cancelled after ‘an admin error’.

Andrew Storey, head of highways at Rochdale Borough Council, said: “This vehicle was authorised to park at the town hall when the car park it ordinarily uses was temporarily closed.

“Unfortunately, the permit displayed has a different identifying reference and was not recognised by the civil enforcement officer as being authorised to park at the town hall.

“This was an error and the tickets have been cancelled.

“Council officers are required to follow the same rules that we expect the public to follow, so they will always be given tickets if an enforcement officer believes them to have parked illegally. By the same token, if a ticket is issued in error, it will later be cancelled, just as it would be for anybody else.”