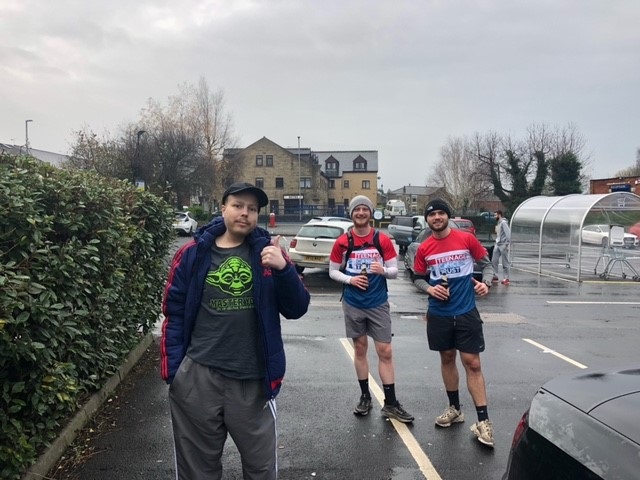 Friends of Hamish Graham – who is fighting cancer for a second time – have raised over £500 for the Teenage Cancer Trust after running a half-marathon in his honour.

25-year-old Hamish, of Milnrow, was diagnosed with acute lymphoblastic leukaemia after becoming ill during the first lockdown. He had previously been diagnosed with a brain tumour when he was seven and was treated at Pendlebury Children’s Hospital, where he underwent surgery, radiotherapy and 18 months of chemotherapy.

Will said: “Hamish was always a positive and happy lad even after all that had gone on before. With this in mind, I am asking on behalf of myself and Oscar for donations towards the teenage cancer trust for Hamish and for people to leave their good luck wishes on the page to keep up his spirits throughout his fight.”

Hamish and his friends have raised almost £13,000 for the Teenage Cancer Trust after building Old Trafford stadium out of 3,898 pieces of LEGO.

He will next be building a 6,040 piece Harry Potter Castle from LEGO, donated from Smyths Toy Superstores.

Hamish and his challenges can be followed on Facebook via: