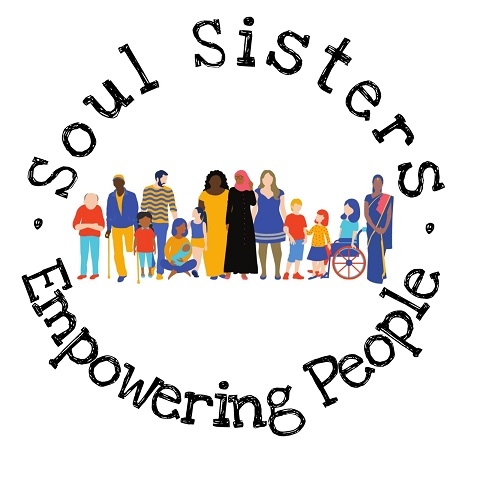 As domestic support groups in Rochdale were forced to close their doors as a result of lockdown, Lucy Fieldhouse meets one woman who is determined to keep the virtual doors open.

You have to live through the strict Tier 3 lockdown with your abuser.

Everyone is staying at home to stay safe, but that’s not the case for you.

Now imagine that you come across a local Facebook group for women like you - likeminded women that have been in the same position as you, or women that are currently going through the same thing.

For the first time in a while, you don’t feel alone.

The low-level crisis service helps signpost women to relevant organisations that can help them out of the situation, such as Women’s Aid. They offer practical and emotional support and help women to self-manage their situation by hosting weekly meetings - now via Zoom, but originally at the Let’s Talk Centre in Rochdale.

Founded in January 2020, Soul Sisters was created by Asma Begum, 37, an independent single mum from Rochdale who, in 2018, escaped an abusive marriage.

After spending time in a refuge with her son, Asma built her confidence up by meeting other victims and recognising that she wasn’t the only one going through this. There were other women out there who understood her, and that by talking, she was healing.

Asma spent months researching information on domestic violence, volunteering at a women’s group and then with ‘Living Well Rochdale’.

While volunteering with ‘Living Well Rochdale’ Asma was told of the event ‘Truth to Power’ at Touchstones. She was given the question “Who has power over you?”.

Asma said: “I spoke at that event for the first time, who has power over you? And who had power over me was my ex and his family. It was so right for me that question that I had to talk about.

"After that event, most of the people came up to me not like pity but to say thank you. I had men coming up to me apologising, because a man had perpetrated. And I thought right, I need to do this, I know I’ve got to do this. That’s what gave me the confidence to start building my idea of then doing group work with women. Peer to peer support group work with women from all backgrounds.”

Asma started networking with domestic abuse victims through her Instagram account ‘@isurviveddomesticabuse’. On this account, she shares live videos explaining what she’s been through and she signposts people to relevant websites for help.

After getting many women contacting her, she decided that she needed to create the group.

“I knew I wanted to call it something, so I called it Soul Sisters," she added.

“Soul Sisters is because we can relate because we’ve both been through it. So, we can understand each other, there’s a connection there. A sister is someone you have that trust with them, it’s like your mentor, someone that can be there for you.”

Pre-lockdown, the weekly meetings would consist of guest speakers, group work and activities.

Asma spoke of a woman that joined the group who didn’t initially want to share her story. No one pressured her to share as they understood that sharing is a process.

After listening to a guest speaker that came in to talk about her experiences with domestic violence, the woman related to the speaker’s story. She stood up in the session and shared her entire story with the group.

Asma said the woman felt a huge release and everyone was so proud of her.

Asma said: “Because we’re victims and survivors we don’t talk, we’re not allowed to talk, you’re told not to talk, that’s why I believe that speaking is a big thing.

Asma said she would use the projector in the Let’s Talk Centre to put up a collage of famous and non-famous women that are survivors of domestic abuse.

“Domestic abuse doesn’t discriminate; it doesn’t look at a class or culture or colour or religion or gender. It could be anyone.”

And it really could.

According to ‘Living Without Abuse’, domestic abuse will affect 1 in 4 women and 1 in 6 men in their lifetime.

Since lockdown domestic abuse rates across the country have increased rapidly. According to BBC News, 16 people were killed from domestic abuse in England within the first three weeks of lockdown: the highest it’s been in 11 years.

They held socially distant mindful walking sessions around Rochdale and picnics to maintain the support.

“In those picnics we did games, holding the big parachutes, and it’s colourful and they were all excited because it made them remember something happy, some happy thoughts about their past.

“When you’ve gone through chaos in your life, trauma, you don’t remember happy thoughts.”

These women would look forward to being able to meet up and feel safe around other people like them. It was fun.

But then restrictions tightened in the area again.

“They were gutted about that because what these women need is that me time away from all the chaos at home.

“They need a safe space, a space where they can be themselves a woman in their own, identity.

“They are a person themselves and that’s what I wanted them to realise.”

Although the women can’t physically see each other under the current government guidelines, the support is still there.

On the Facebook group page ‘Soul Sisters, Empowering People’, Asma constantly posts relevant and empowering content and links to organisations that can help.

The group, which is in a process of becoming a registered charity, hopes to offer different forms of support throughout not only Rochdale, but now Greater Manchester.

Asma said: “The aim for me is to have Soul Sisters in every town possible, this is the five-year goal, around the globe where there’s not a waiting list.”

Through the power of conversation, the women at Soul Sisters are doing something so incredible, they’re healing each other using their own experiences and their own words.

It’s a sisterhood of empowerment, love and acceptance, and for a woman struggling with domestic abuse, this sisterhood gives them a shining glimmer of hope.