You are Here: Home » News » News Headlines » Greater Manchester should move out of Tier 3 ‘as one’ – but leaders suggest boroughs could be split under tiering review 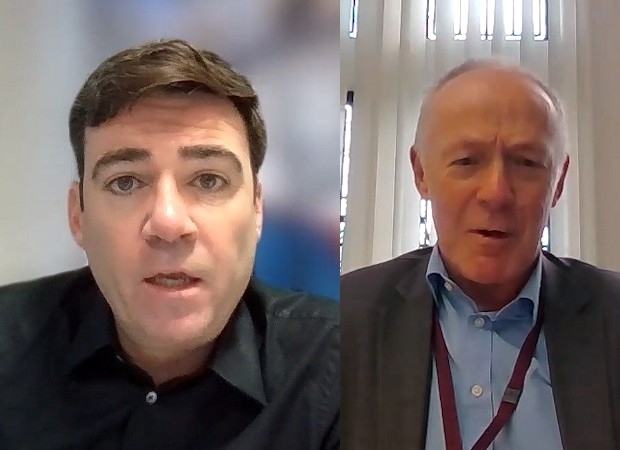 Mayor Andy Burnham and deputy mayor Sir Richard Leese have said that Greater Manchester should move out of the toughest coronavirus restrictions ‘as one’ but the mayor has not ruled supporting different arrangements between northern and southern boroughs.

Infection rates are falling across the city-region with cases in southern districts – Manchester, Trafford, Salford, Stockport and Tameside – dropping below 200 per 100,000 people.

The rate at which cases are falling in Greater Manchester is either at the same rate or faster than every other region in England.

Mayor Andy Burnham and deputy mayor Sir Richard Leese have urged the government to bear this in mind when reviewing the new tiering arrangements on 16 December.

If the government moves Greater Manchester out of Tier 3 and into Tier 2, Mr Burnham said he would rather the new measures are rolled out uniformly across the region.

Speaking at a press briefing on Wednesday 2 December he pointed to the confusion that arose in the summer when some boroughs were under looser restrictions than their neighbours.

However, Mr Burnham said: “I don’t want to be in a position where we turn our face completely against looking at Greater Manchester in clusters, if there was a clear difference between the south of the city-region and the north.

“If we can open the economy in parts of Greater Manchester I think that would make sense rather than taking a very rigid view about it.

“A number of boroughs are below the England average, a few northern boroughs have some way to go but are coming down fast.

“This picture is going to look different again in a couple of weeks, and I believe we will be in the position to make the argument that the whole of Greater Manchester should be in Tier 2.” 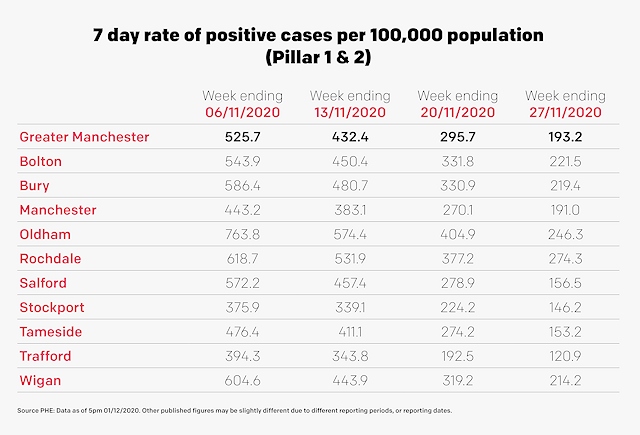 A ‘pepper potting arrangement’ would not make sense for Greater Manchester given the way people move around from borough to borough, according to Sir Richard Leese.

But he suggested that the case against a uniform approach, while not one he would currently support, could be made given the difference in case numbers in the geographically separated boroughs of Trafford and Rochdale.

Sir Richard: “You do have to ask the question of is it fair for Trafford people and their businesses to be closed because of things that are happening in Rochdale. I think it would be difficult to argue that it is fair.

The leader of Manchester council also ruled out that the chances that splitting the region into different tiers would create a ‘schism’ between boroughs.

He added: “We’ve been here before, we had Bolton, Rochdale and Oldham with different restrictions to Greater Manchester because circumstances required.

“It would be all 10 local authorities agreeing that there are different circumstances in different parts [of the region] that require different responses.

“It’s just going to be a matter of common-sense judgements made on the evidence available to us.”