You are Here: Home » News » News Headlines » Talks over future of GMSF to continue after Stockport’s rejection

Talks over future of GMSF to continue after Stockport’s rejection 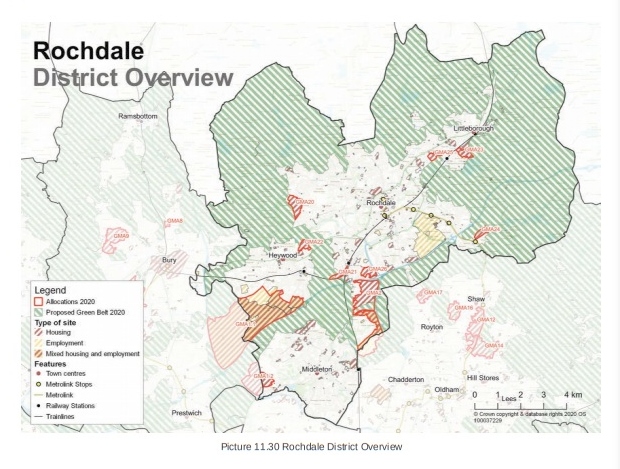 Talks over the uncertain future of the Greater Manchester Spatial Framework (GMSF) will continue, despite Stockport councillors voting against the proposals.

Opposition groups argued that the long-delayed masterplan for jobs and housing favoured the needs of developers over residents, and would lead to unnecessary green belt development.

Labour had hoped that by removing or scaling down schemes planned up to 2037, that it could appease Liberal Democrats, Conservatives, and the Heald Green Ratepayers.

Council leader Elise Wilson and Greater Manchester mayor Andy Burnham had also penned an open letter to residents to make the case for the GMSF before the crunch meeting on Thursday 3 December.

But the administration was outvoted by opposition councillors, a decision which has major ramifications for future development across Greater Manchester.

A ‘plan of nine’ which would see the other boroughs proceed with the GMSF has been mooted for several weeks, thought he plan will likely need to be revised – and therefore delayed – once again.

And the Greater Manchester Combined Authority has suggested that this could still become a reality in a statement released in light of Stockport’s vote.

A spokesperson said: “While we regret the position that has been taken by Stockport councillors and the implications this will have for the borough, Greater Manchester will continue to work to build a sustainable future with good homes, jobs, and growth.

“Greater Manchester leaders will meet to consider the next steps in the coming days after Stockport council’s cabinet has met and taken the final decision on the GMSF.”

The writing had been on the wall for the GMSF since Stockport council postponed an initial vote on the plan, which would see 1.2% of the borough’s green belt built on, last month.

This led to other councils across the city-region – Salford, Trafford, Bury, Oldham and Rochdale – deferring their own votes on the plan.

Manchester and Tameside councils pledged their support for the GMSF in its current form, which is the third version that has been put forward since 2016.

Supporters of the plan say that without it the city-region’s green belt would be subject to uncontrolled development that would likely be pushed through by the planning inspector.

Stockport will now need to show where it will find room for 5,000 homes over the next 17 years, and critics of the GMSF have been warned that green belt development will be the only option to meet government housing targets.

Sir Richard Leese, leader of Manchester Council, said at a press conference on Wednesday (2 December): “[Stockport] are depending on Manchester, Salford and Rochdale building significantly more properties over their government housing number. than they actually need to under the current plan.

“If Stockport pulls out of this, those homes go with it. If they’re not in a shared plan they don’t have access to those numbers.”