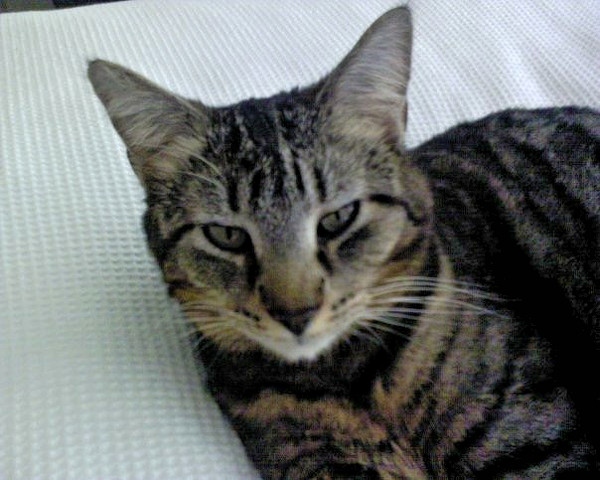 Gizmo, who was hit by a car and euthanised without her owner being informed, despite being microchipped

Compulsory microchipping for cats could be introduced as early as this year, helping to reunite thousands of cat owners with lost or stolen pets.

An eight-week public consultation on the proposal to make it mandatory for pet owners to microchip their cats was launched in December and will seek views from vets, owners and members of the public as part of a renewed effort to further raise the UK’s world-leading animal welfare standards. An earlier call for evidence showed 99% support for microchipping.

It is estimated that over a quarter of the UK’s pet cats aren’t microchipped, meaning that up to 2.6 million cats will benefit from the new measures.

The process of microchipping involves the painless insertion of a chip, generally around the size of a grain of rice, under the skin of a pet. The microchip has a unique serial number which can be read by a scanner. When an animal strays or is lost, scanning the microchip means the registered owner can be identified on a database and the pet can quickly be reunited with them.

Read more: Support Gizmo’s Legacy in scanning all cats killed on the roads for microchipsPublished: 23 October 2018

Since compulsory dog microchipping was introduced in 2016, around nine million dogs are now microchipped, meaning that thousands of displaced dogs have been reunited with their owners more quickly, reducing the time they spend in rehoming kennels and reducing owner and animal distress.

UK Chief Veterinary Officer Christine Middlemiss said: "Microchipping is a very important part of cat ownership. As we have seen already with dogs, compulsory microchipping is crucial in helping reunite owners with their treasured pets if they are lost or stolen."

Cats Protection reported that 8 out of 10 stray cats handed in to their adoption centres in England during 2018 were unchipped, leading to longer and sometimes unsuccessful efforts to reunite them with their owners.

Stray cats lost this way include Larry, the brown and white tabby who was found in London without a microchip and taken to Battersea Dogs and Cats Home, before being adopted as Chief Mouser to 10 Downing Street and the Cabinet Office.

Cats Protection’s Chief Executive James Yeates said: "Cats Protection, as the leading cat charity, has campaigned for many years for microchipping to be made compulsory for owned cats, giving them the same protection as dogs if they get lost. Cats are a much loved part of the family in millions of homes, and it is heart-breaking if they go missing without a trace.

"Sadly, it is not uncommon for cats to stray and go missing. Having a microchip gives a lost cat the best chance of being quickly reunited with their owner. We regularly hear heartwarming stories of the huge joy and relief when a missing cat is returned home thanks to the details of their microchip."

You can respond to the eight-week consultation by clicking here.