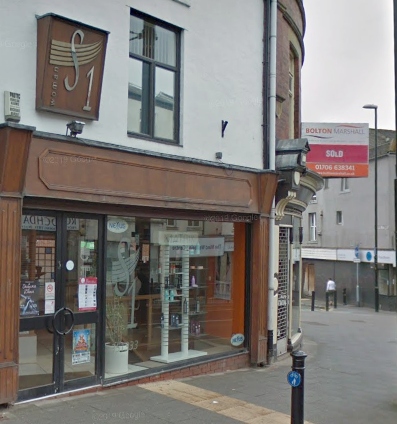 Plans have been submitted to turn a former Drake Street hair salon into a new micropub.

The micropub, named D’Ale House, falls within the Rochdale Town Centre Conservation Area and would use 51sq m of basement and ground floor space for the bar.

Submitted by Andy Smith, of Rochdale Ale House Ltd, the proposals for 18 Drake Street outline adding a men’s toilet, cellar equipment, plus bar and seating, as well as replacing an external shutter with an internal one to improve the external appearance of the building.

No walls or doorways would be removed, and the new bar would also be completely demountable leaving no alteration to the existing building layout.

An accompanying heritage statement says the transformation would require ‘minimal works’, noting: “The development would contribute to the ongoing regeneration of Drake Street which has suffered from decline for over 30 years. Also, due to the minimal works required, the new use would respect the historical interest of the building and its setting.”

The statement adds: “The proposal could not be regarded as resulting in harm or failing to preserve the character or appearance of the Conservation Area. It is considered that the proposed conversion would not detract away from the character and appearance of the Conservation Area and the use would make positive contribution to the ongoing regeneration of Drake Street. Therefore in the absence of any other material considerations, planning permission should be granted.”