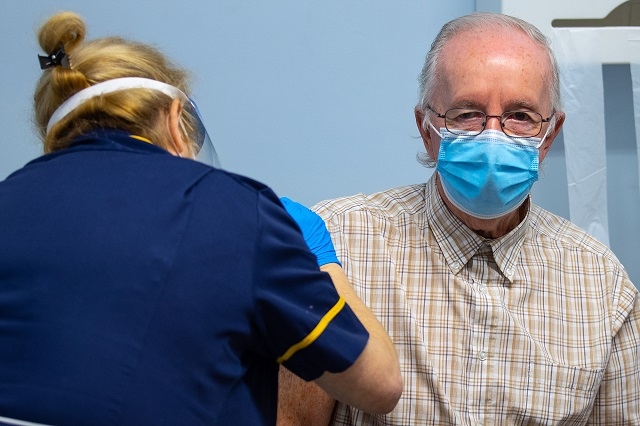 People in Rochdale have had their coronavirus jab appointments rescheduled this week due to a delay in the delivery of the vaccine.

Residents over 80 years of age, and health and care workers are currently being invited for immunisation at one of the borough’s three vaccination hubs at Number One Riverside, Heywood Phoenix Centre and Middleton Health Centre.

To date more than 3,000 first doses have been administered in the borough.

However, supply problems have meant a number of appointments scheduled for this week have had to be rearranged.

Public health consultant Wendy Meston told a Covid 19 Engagement board meeting that logistical problems were at times causing ‘an awful lot of problems’.

She said: “One of the key challenges for the vaccination programme is the supplies.

“And that is still emerging and can be very difficult. We can often get short notice and some last minute changes. That causes an awful lot of problems for our residents and our primary care staff running the programme.”

Appointments are by invitation only and those in priority groups will be contacted by either the Rochdale Health Alliance or their GP.

Councillor Daalat Ali told the meeting that councillors were being inundated with calls about people aged over 80 who were yet to be called for their jab.

Ms Meston said she sympathised with people’s concerns, but the speed of the roll out was being dictated by deliveries of the vaccine.

“It is disconcerting sitting there as a resident thinking ‘I’m eligible and I haven’t been called yet’,” she acknowledged.

“If we knew the vaccine supply we would book them all in now.

“What we don’t want to do is book people in for a couple of weeks’ time and then we don’t get the vaccine and we have to cancel them and rearrange them all, so it is difficult.”

But as the programme is ramped up across the country – with the government aiming to vaccinate the top four priority groups by mid-February – it is hoped the system in Rochdale will gather speed.

“If the vaccine starts to flow and we are clear when it’s coming, we could start booking them all in now,” said Ms Meston.

“But if it doesn’t happen, this might continue for some time. We are working quite hard on how best to communicate that.”

At Greater Manchester Mayor Andy Burnham’s weekly press conference it was revealed that approximately 43,455 people had so far been vaccinated in the region.

However, problems with supplies were brought up – and Mr Burnham said he hoped the vaccination programme would not suffer the same issues that had ‘bedevilled’ PPE supplies and test and trace.

“It’s the kind of issue we need to avoid this time round. They [the government] need to work more at Greater Manchester level so we can work with our districts and make sure the dots are joined on the ground.”

Eligible people who live in Rochdale will be invited for a vaccination by either Rochdale Health Alliance or their GP surgery – not the council.

Vaccinations are by appointment only.